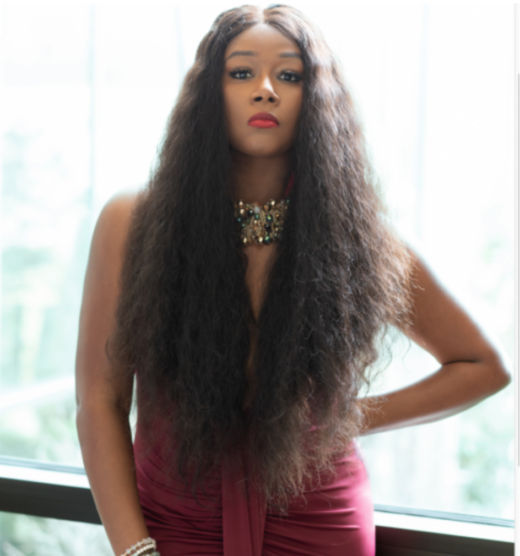 Congrats to the 1st African American independent filmmaker Alyze Elyse who is presently over 30 million streams on Amazon Prime since we interviewed her. Originally Alyze Elyse dreamed about making it big in the music industry and her fate was not meant to fall that direction.By doing things her way with the assistance of her business partner it was God’s direction that led her to the film industry. After over a decade of writing, producing, directing and casting her own projects things are finally paying off for this Greensboro, NC super producer. Check out how our interview went at a local press conference.

Your first movie project Innocent, how did that come to be?

My first film Innocent came by God’s calling. Some don’t always believe in callings, but I believe it chose me. Actually, filmmaking was never a dream of mine, I was just coming off the road from music and felt it was always a fight in this music industry for me and was getting tired of the politics and a lot of the false perceptions the music game had to offer. I remember sitting in my car listening to my music and wondering why is it so hard and I was very confused and sad feeling like I needed to give up and I heard a voice say write a movie. At first, I thought it was crazy so I delayed for a few weeks in doing so but I heard that voice again and it was telling me this film will bring you more exposure than anything you’ve ever done before. So I remember wondering what to write about and I was listening to my album and the story came to me. I could visualize the story, so I went to buy some paper and started writing until I was done and Innocent was born.

Why do you think it’s so hard for female producers to get recognition?

Actually, women are normally overlooked in the industry …  only because men are highlighted as the dominant factors much more in this business. So the only hard part is feeling that I’m not as  recognized as a female talent just as any male contributing to the business world get recognized for ..but it’s only a false perception because woman or male, I believe talent will always speak for itself and the work over time will become recognized by the people you create it for. It takes time but it can happen.

What obstacles did you personally have to overcome?

My thoughts about myself from when I was experiencing rejection. Now I look at rejection as my GPS to great success … the universe will always guide you.

What keeps you grounded and committed to the art of making movies?

The love the people show me. When people reach out to say I love your films, it just shows me I’m doing something right ’cause they don’t owe me anything; but they take the time to spend their money to buy, stream and embrace my films with so much support, who wouldn’t want that?

What was your initial reaction when you found out you had reached 25 million streams?

I felt like I was being bamboozled by Amazon and I remember emailing them to see if there was a glitch or something but they said it was real. I felt so humbled at the moment and just extremely excited because I just couldn’t believe that many consumers spent their time and money to support my work that I’m so passionate about. It just makes me more focused to create more projects for so many of my fans and new fans to come.

What filmmakers or producers do you think you emulate the most?

My own. I try not to watch others and trust my own inner visions.

Who taught you the business of filmmaking and showed you how profitable it can be for an independent filmmaker?

No one. I learned by failing and taking certain chances on myself. I definitely learned from my own mistakes.

What do you wish to share with new filmmakers just now getting started in the business?

Really learn the business. You must ask yourself do you want this as a career move to live off of or are you in this to be internet famous. Remember [there are] a lot of people famous on the net but financially frustrated. You got to know if you want to be in this for the long run or just the next quick pop up.

How many film projects do you have under your belt to date?

Eight films to date independently with six dramas and two animations.  All written and executive produced by me for my company.

Alyze Elyse has been releasing her projects through her company, Soul City Films. Her first break came with the release of her first independent film titled Innocent. Since then she has broken barriers for females in both music and film alike nationwide, with theatrical releases distributed through major platforms such as Netflix, Redbox, Walmart, iTunes, Amazon, Spotify, and Video On Demand just to name a few.