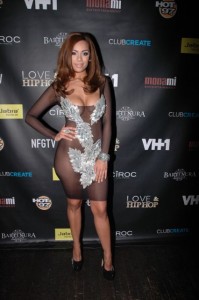 Erica Mena is known for her steamy relationships with Richie Dollaz and Cyn Santana on the hit VH1 reality show. In this tape the reality socialite is getting down and dirty with none other than herself! The alleged solo sex tape was supposedly stolen.

Vivid entertainment has reached out to Erica Mena and her associates for lucrative purposes of sharing the tape. The sex tape industry, for top celebrities, is a goldmine and almost everyone is trying to be a part! Will Erica Mena be the next talk of the streets sticking her hands in this money pot!? Only time will tell, but this eye candy would certainly pull big numbers!