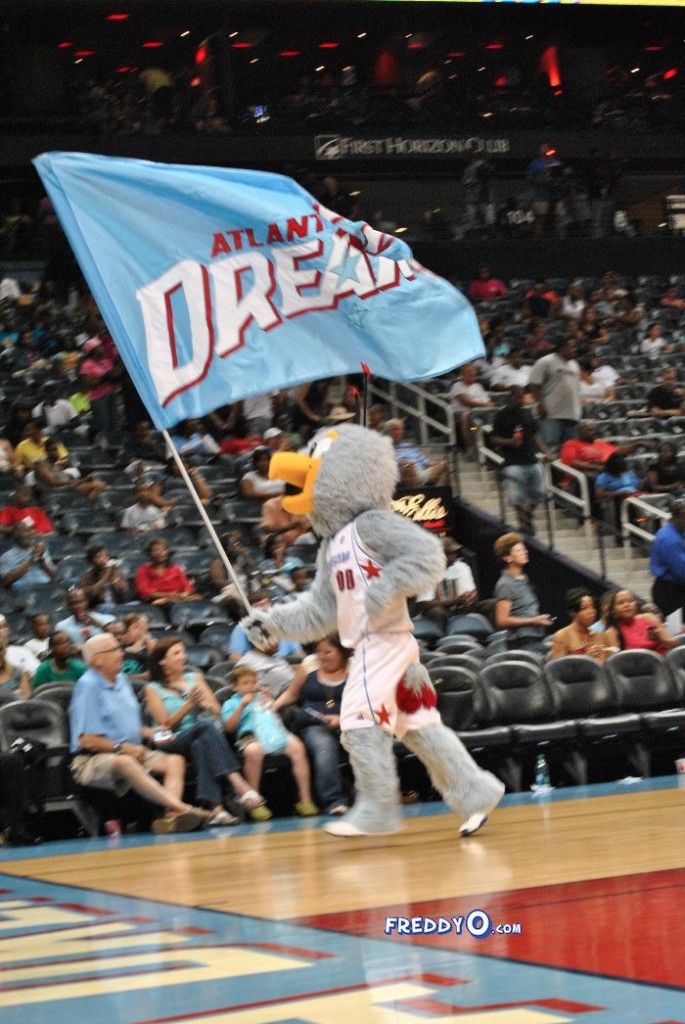 Yesterday afternoon I was invited to the season opener of Atlanta’s very own WNBA team the Dream. This the opening game of the season started with the presentation of the Eastern Conference banner with fireworks. No, literally fireworks! There were other presentations including one from our very own Mayor Kasim Reed. Now lets get to the game. As the defending Eastern Conference champion, the Dream came in this game with the winning mindset. At the end of the first half, the score was 40-38 Liberty. The Liberty took advantage of an Atlanta team missing its top player, Angel McCoughtry, who sprained her left knee in camp. 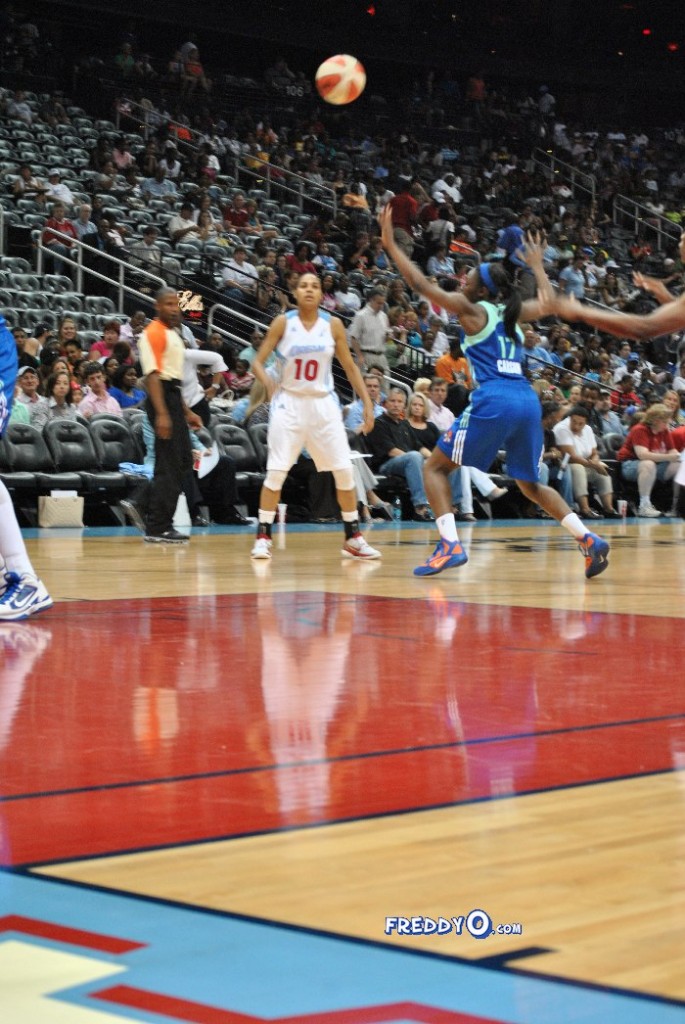 That didn’t stop them from coming back in the second half and dominating. Iziane Castro Marques led Atlanta with 19 points, Sancho Lyttle added 18 and Lindsey Harding doled out nine assists in her Dream debut. But Harding also missed a late free throw that couldâ€™ve put it away. The game was tight throughout, never getting into double figures for either team. Atlanta appeared to be in control after pulling out to its biggest lead, 68-62, with 5 minutes to go. New York came back, taking advantage of the Dreamâ€™s issues at the foul line. With 33 seconds left in the 4th quarter the Liberty came back and tied it up sending the game in to overtime. In overtime the Liberty took control we tried to come back but didnt succeed. The Final score was 94-88, shouts out to the dream however those girls played hard. Next game Thursday as they take on the Washington Mystics “Run With The Dream”