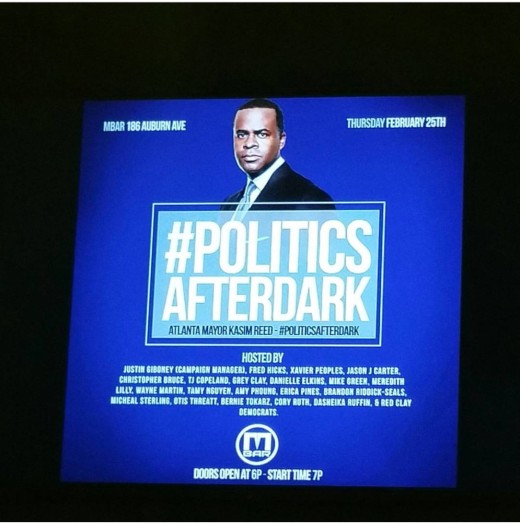 Atlanta’s Mayor Kasim Reed is motivating the city of Atlanta to become engaged in city politics by kicking off the first of a series of events called Politics After Dark. The dope event was held at Atlanta’s M Bar located on the historic Auburn Ave.

The Municipal Option Sales Tax is a 1-cent tax that applies to most goods purchased in the City of Atlanta. These funds allow visitors and business people who use the City’s water and sewer infrastructure but do not pay City water/sewer bills to help pay for upgrading and maintenance of the infrastructure. This is NOT a new tax; it is the reauthorization of an existing tax. The Municipal Option Sales Tax vote will be held on Tuesday, March 1, 2016.

For more information go to: https://www.facebook.com/rebuildatl/?ref=bookmarks