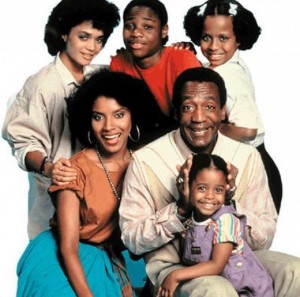 After a long period of silence, another one of Cosby’s colleagues has spoken out, and frankly we don’t know if her remarks will be well-received! Check out the details below.

Well this is what everyone has been waiting for. Phylicia Rashad, more affectionately known as “Claire Huxtable” has finally broken her silence on the Cosby rape allegations. The star recently spoke to ShowBizz 411 during a luncheon for the film Selma. When asked how she felt about the drama surrounding her long time friend, Rashad responded by claiming that everything was a conspiracy.

“Forget these women. What you’re seeing is the destruction of a legacy. And I think it’s orchestrated. I don’t know why or who’s doing it, but it’s the legacy. And it’s a legacy that is so important to the culture … Someone is determined to keep Bill Cosby off TV, and it’s worked. All his contracts have been canceled.”

Throughout this whole ordeal, we’ve heard more from Cosby’s friends and family than Cosby, himself. Rashad says she thinks that’s the way it ought to stay.

“If he spoke now, what do you think the media would do with it?”

Over 20 women have come forward since Cosby’s first accuser, and the number keeps growing. One can only wonder where things will go from here. Bill and his wife Camille don’t seem at all worried that Cosby will have to face the music anytime soon. The two have remained relatively quiet, while the alleged smear campaign dismantles everything around them.

What do you think? Is Phylicia right? Is this all just a conspiracy? Comment below.