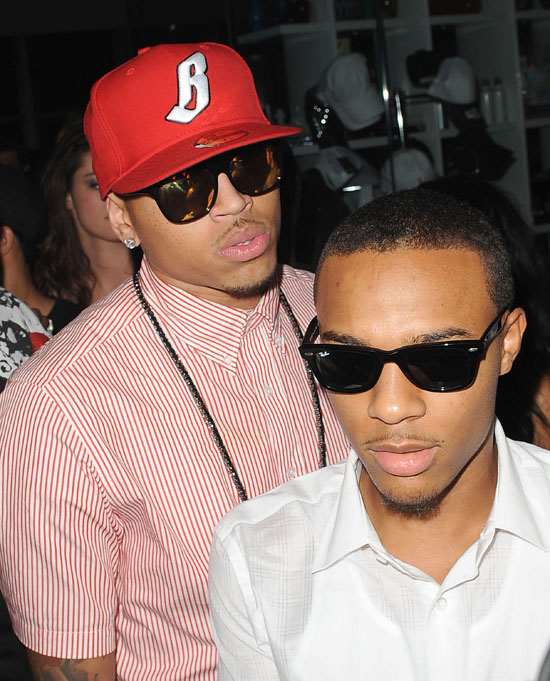 Bow Wow had to issue an apology over the weekend after he allegedly took part in illegal activity on New Year’s Eve. According to Gossiponthis.com, Bow Wow spent December 31st partying with the likes of Akon and Chris Brown at the LIV nightclub at the Fontainbleau in Miami. Shortly after midnight, the emcee posted a tweet that read, quote, “Face numb im whippin the lambo.” A few minutes later Bow Wow dropped a second tweet confirming that he was inebriated, and adding, quote, “Ohhhh damn. Y i drive the lambo. Chris might have to drive after next spot.”

The posts have since been removed from Bow Wow’s Twitter account. The “Fresh Azimiz” rapper is now apologizing for his behavior on New Year’s Eve tweeting, quote, “Apologize for that tweet. it was stupid and immature. not a way i want to kick my #2010 year off. i got too much good stuff lined up. my bad.” Bow Wow’s first album with Cash Money Records, “The Transition to Shad Moss,” is expected to arrive sometime this year.

And speaking of Twitter, Chris Brown re-joined Twitter under his old aliasÂ mechanicaldummy Friday afternoon (Jan 1) but shortly thereafter, that page was suspended and now heâ€™s apparently running under an account calledÂ wiredupdummies. And if you were already following Chris under â€œmechanicaldummy,â€ youâ€™re automatically following the new â€œwiredupdummiesâ€ page. Confusing, yes we know â€¦