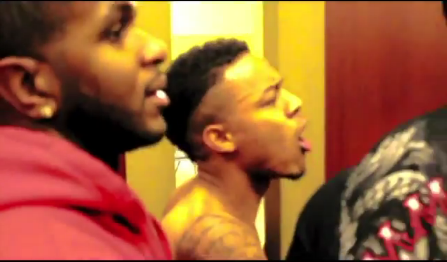 If you’re a Bow Wow fan and go over and beyond for him, don’t worry, he’s feels the same way about you. In a recent video, we see rapper Bow Wow going off on the police for cutting his show short out in Indianapolis for the Circle City Classic Weekend. In the video, we see all of his fans screaming and hollering his name while he’s goes around greeting them….on his way out.

After Bow Wow left the scene where his fans were his true colors came out. In the video, we see Bow Wow cussing the police out! Why was it so serious? Bow Wow says, “Ya’ll stopped my show. I got paid money to come out here and perform for my fans. I wanted to see my fans. Ya’ll stopped me from doing that s*** man!” Check the video clip for yourself.

This is true dedication to the fans and it’s something that we rarely get to see. I know most artists boast about how much they love their fans but we don’t often get to see it. What do you think of Bow Wow standing up for his fans to the police? Over the top or just what was needed?