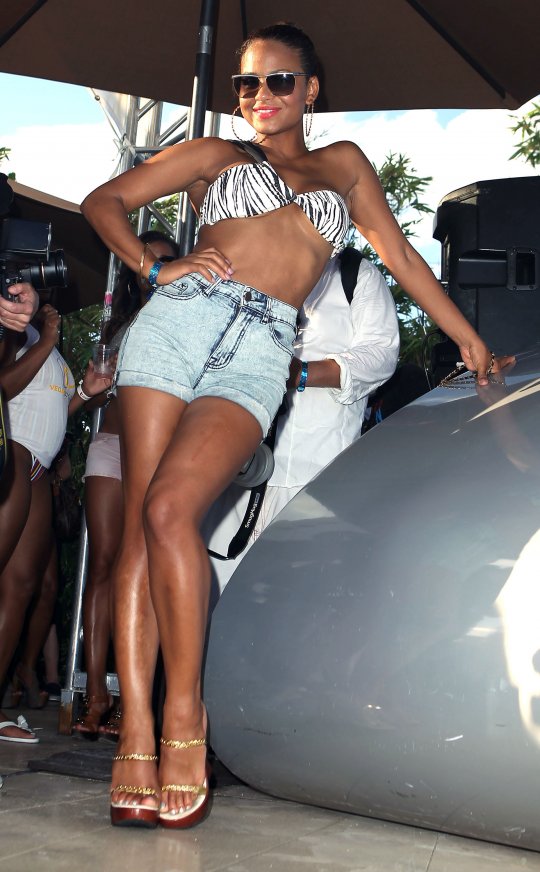 Christina Milian kept no secrets as to how she spent her Labor Day weekend. The star tweeted through the whole party about how much fun she was having and sent twitpic’s of the party that looked to packed. One twitpic even showed Flo Rida on stage performing. 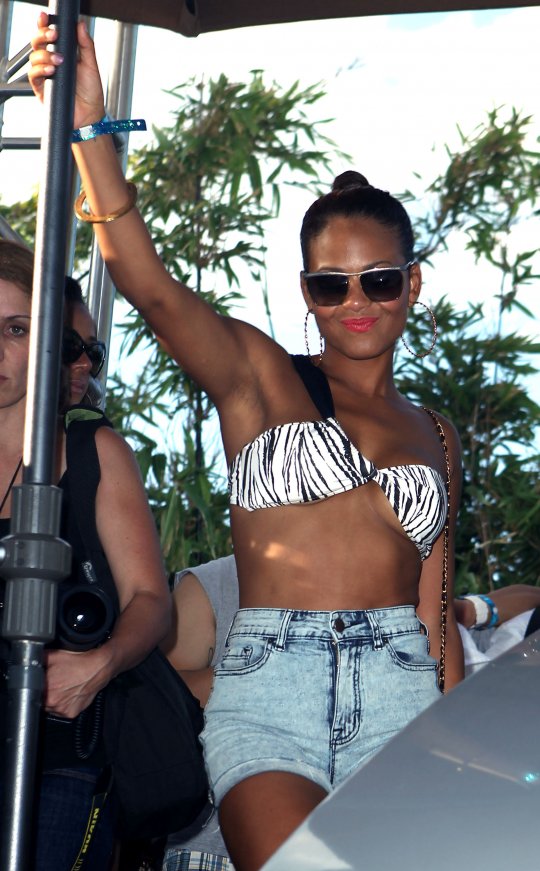 So what party had Christina so happy this weekend? None other than Diddy’s Labor Day Weekend Pool Party that he hosted at the Palms Casino Resort. Way to party like a rockstar! 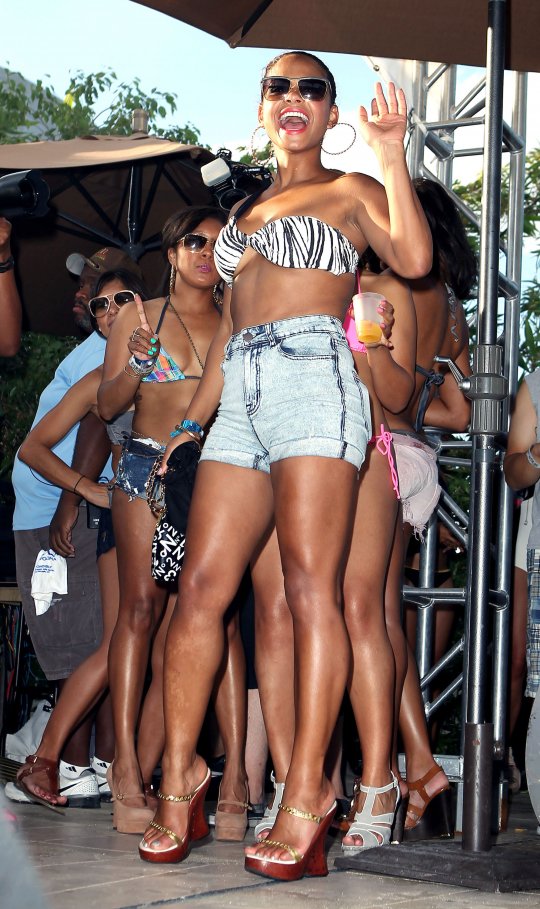 Looked like Ms. Milian had a ton of fun showing off her flat stomach with just a zebra bikini top and some shorts. 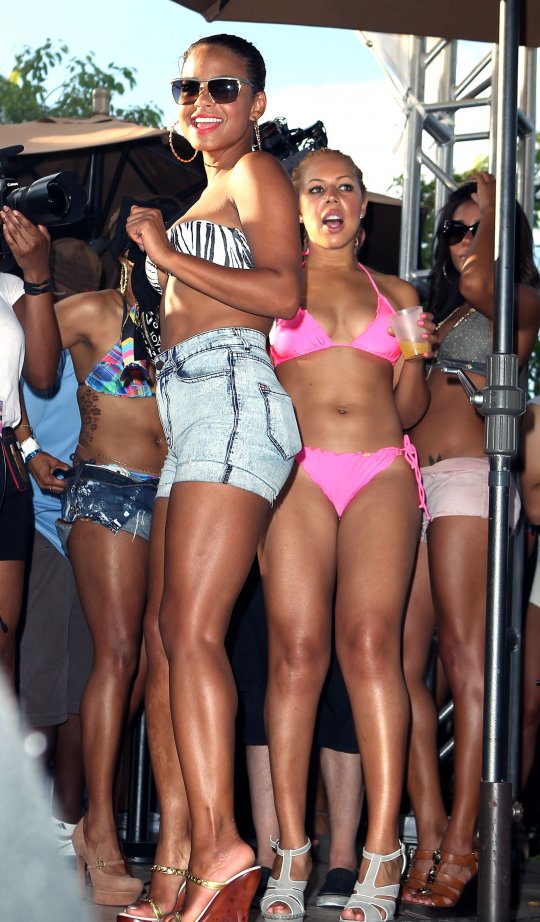 Doesn’t look like Christina was trying to be lowkey in the V.I.P. area either. Looks like my girl was out partying it up! 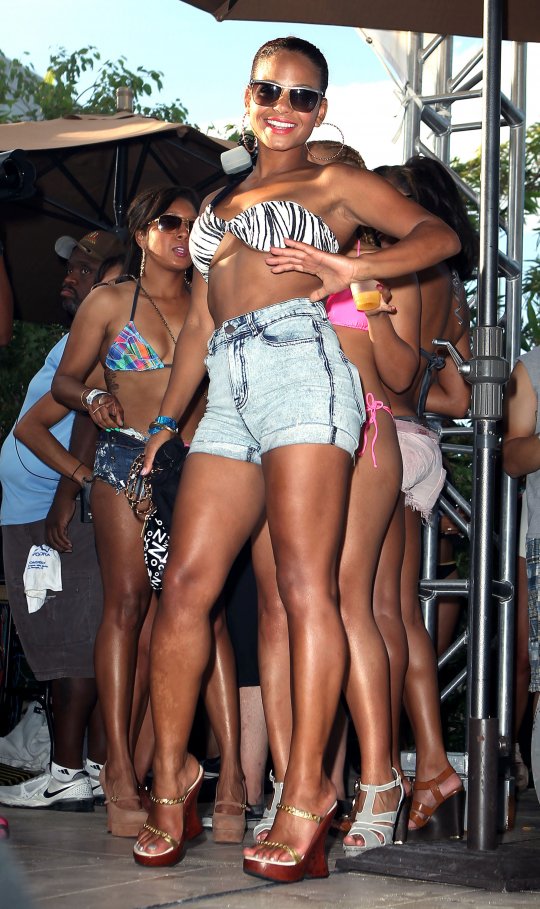 Just goes to show that Diddy still knows how to throw a party! What do you think of Christina’s poolside outfit for the party?