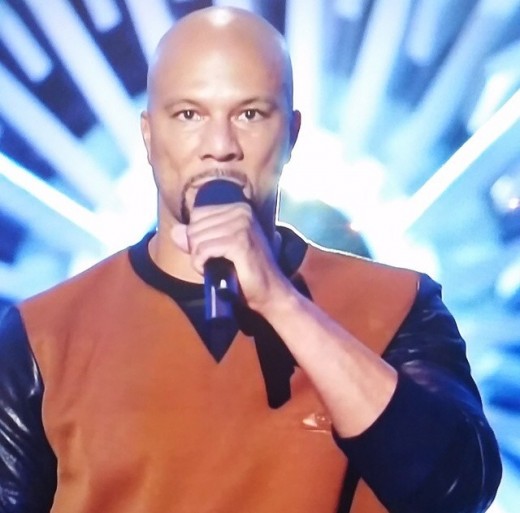 Rapper Common is put the events in Ferguson, Missouri at center stage; as he presented the Best Hip Hop Video award at Sunday’s MTV Video Music Awards. Common known for his political and social activism made a stance while MTV released two ad campaigns showing solidarity with the protesters in Ferguson, Mo.,

Common held a moment of silence for Michael Brown — the unarmed teenager who was shot and killed by a Ferguson police officer at Sunday’s MTV Video Music Awards.

“Hip-hop has always been about truth and has been a powerful instrument of social change.”

Common said that protesters in Ferguson are using their voices to show that “each and every one of our lives matters.”

The ad was part of the network’s “Look Different” campaign at featured people chanting “Hands Up. Don’t Shoot,” which has become the rallying cry for protesters in Ferguson.  The ad also features a quote from author James Baldwin that reads “Not everything that is faced can be changed; but nothing can be changed until it is faced.”

Check out the ads below: