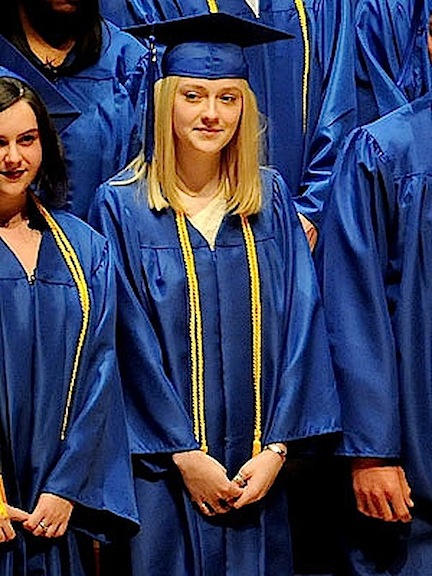 From a ruthless Volturi vampire in the Twilight saga to legendary rocker Cherie Currie in The Runaways, Dakota Fanning has taken on many major roles in her career â€“ but this might be her biggest one yet.

On Monday, the actress, 17, became a high school graduate. Donning a blue cap and gown, Fanning received her diploma from North Hollywood’s Campbell Hall Episcopal High School, where she was a cheerleader and this year’s homecoming queen. The ceremony was held at the Walt Disney Concert Hall in downtown Los Angeles. Joining in on the pomp and circumstance: her family, including fellow actress and younger sister Elle Fanning, 13.