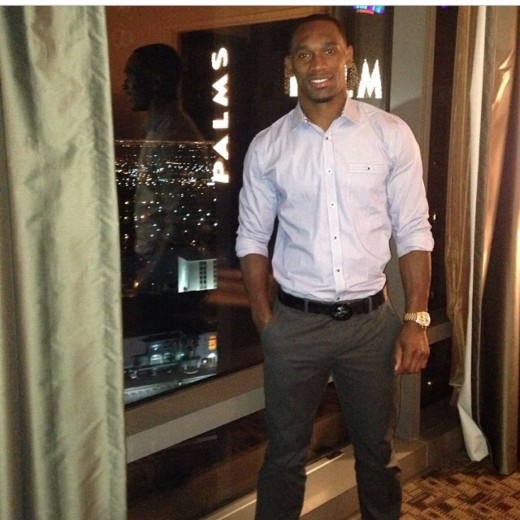 Dallas Cowboys running back Joseph Randle in some pretty hot water after his little shoplifting scandal on Monday! He got nabbed for taking underwear and a bottle of Cologne out of a Dillard’s in Frisco, Texas. Randle has broken the silence and speaking out about the incident.

First, he apologized to his teammates, and then addressed the media.

I know there’s big-time consequences for things in life. I disappointed a lot of people who really care about me like my brothers on my team, the coaches around here, this whole organization, people who have supported me, my family, my dad. I let a lot of people down. I am really just trying my best to make it up to them and do whatever I’ve got to do to get past this.

“It was hard coming back into the locker room, looking at people who care about me in the eyes, knowing that I did something stupid,” he continued. “We’re just trying to get ready and keep winning like we have been doing and play our rival team, the Giants, this week. That’s what we’re trying to focus on.”

His coach, Jason Garrett, has confirmed that the running back will be able to play this Sunday against the NY Giants, but he will be have to pay a fine! According to USA Today Sports reported that Randle’s fine will be equivalent to one week of his pay, which is $29,117.

What are your thoughts on this matter? For someone that just signed a four year contract worth $2.35 Million, was it really worth it? Comment with your thoughts below!