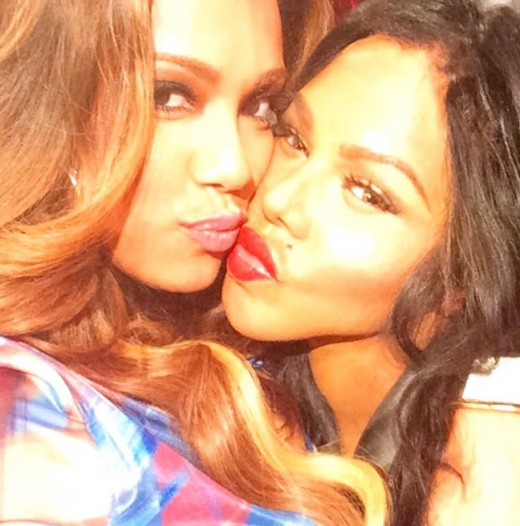 Erica Mena made barbs everywhere feel some type of way! She recently interviewed rap veteran Lil’ Kim and made it very clear who she believed runs the rap game!

“Love & Hip Hop: New York” star Erica Mena has always been known for speaking her mind, but this time she offended Nicki Minaj fans everywhere! Mena was filling in for one of the “106 & Park” host and interviewed Lil’ Kim.

During the interview she made it known that she was #TeamKim! She made comments about how others were “biting” Kim’s style. And eventually mentioned Minaj’s name.

And of course the “Pink Print” artist’s fans did not sit quietly after that!

However, if you know Mena, then you know she was extremely unbothered by the tweets! 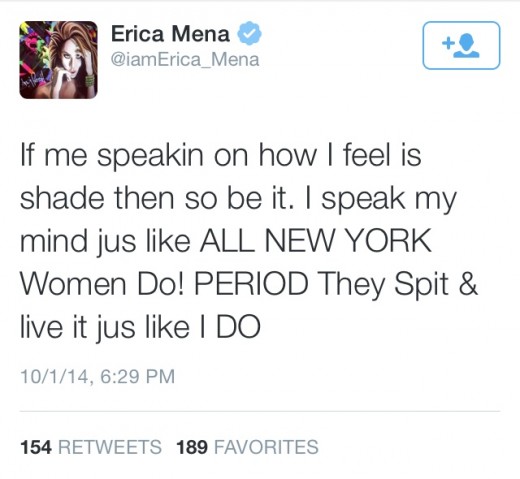 There is nothing wrong with speaking your mind! I am pretty sure Erica Mena was prepared for the backlash. What do you think? Did she go to far? Comment below!