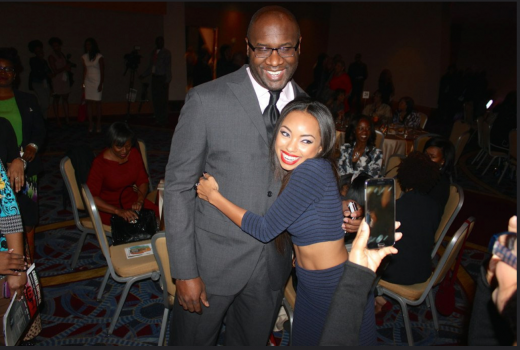 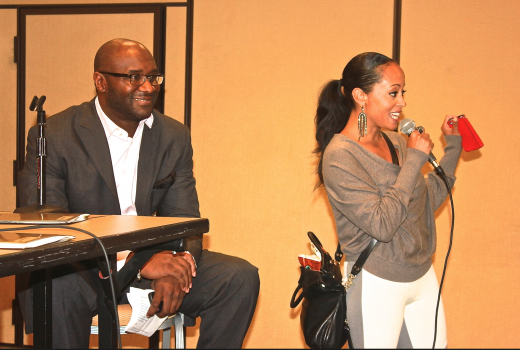 It was a great weekend for filmmakers, TV/Film producers, actors and casting directors who have managed to stay devout to their quest to become successful in the very competitive television and film industry where truly only the strong 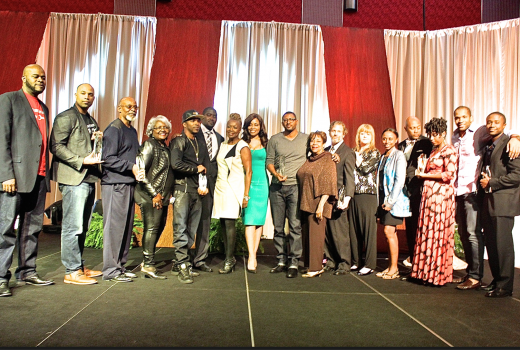 can survive. Executive producer of the festival Katherine Bertrand pulled off another well attended film festival marking it the 5th birthday of her baby. 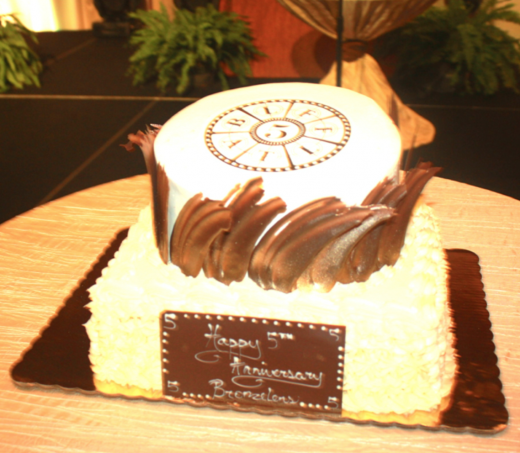 Over 13,000 year to date in attendance are applauded by the festival committee for the love, support and sponsorship from BET, HBO Documentaries and many more who’s donations make these type of events possible. 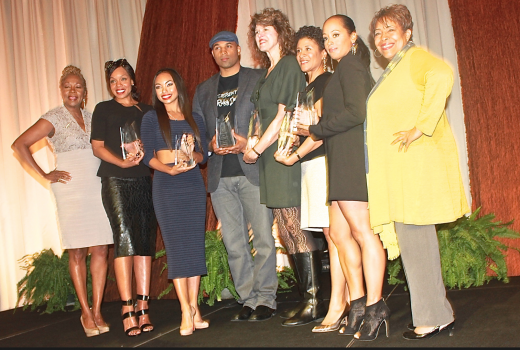 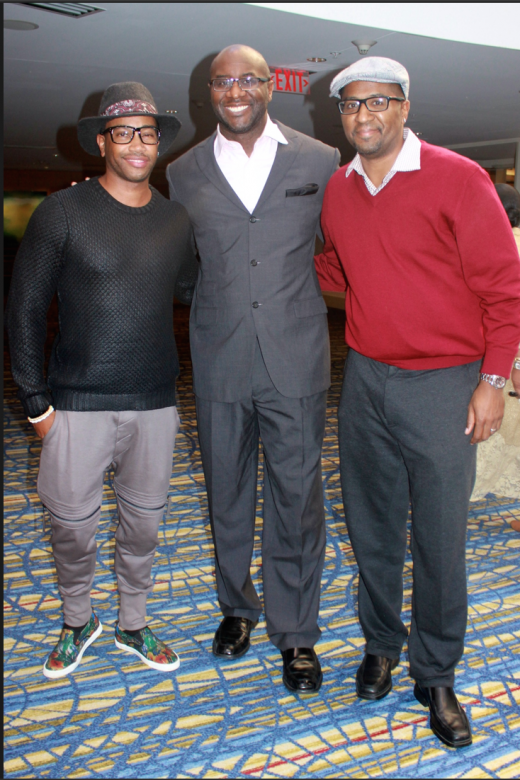 whom along with Malcolm D Lee (Spike Lee’s cousin) joined Roger Bobb at his director’s roundtable on day #2 . This event was also well attended by many who also 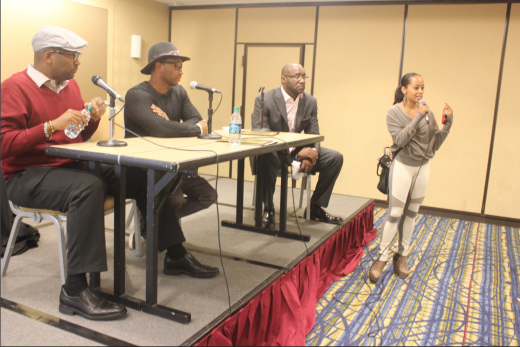 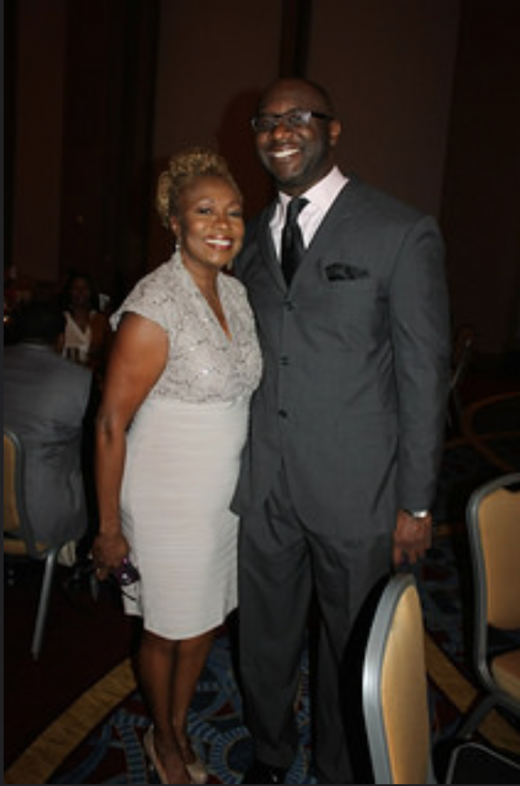 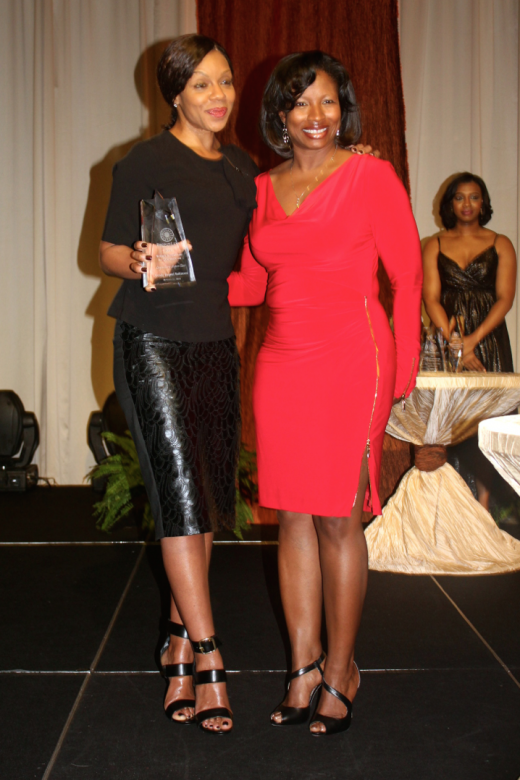 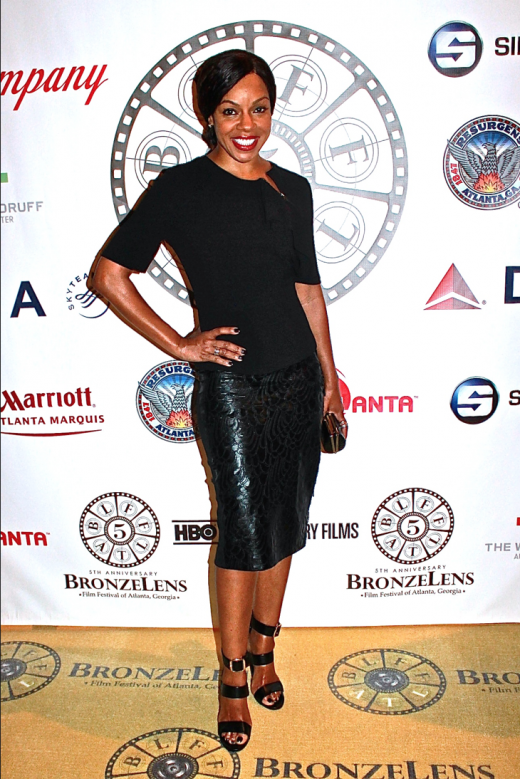 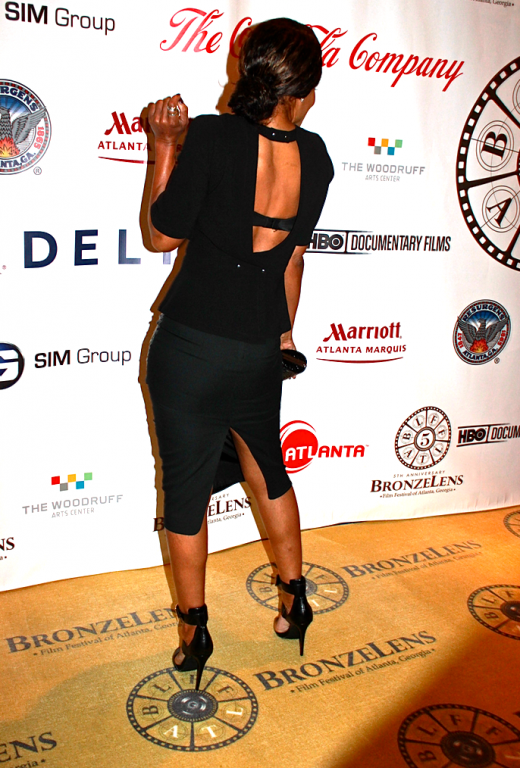 Now why did we expect this from Ms Tasha Mac!? 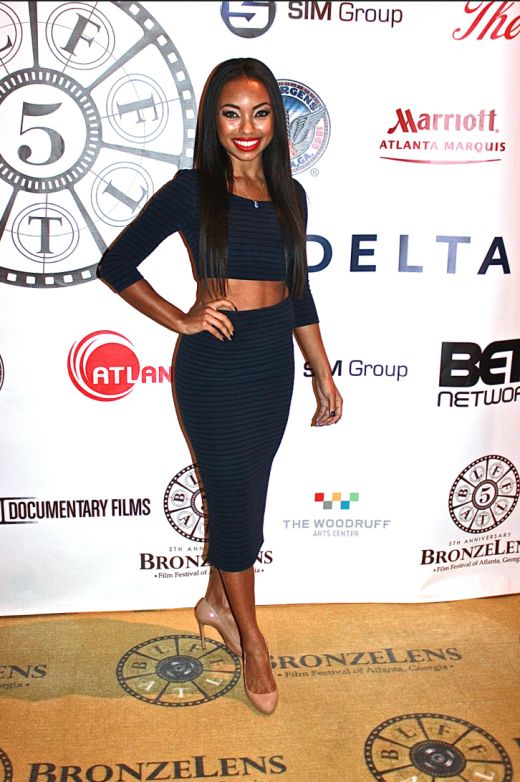 You better wear that 2 piece Ms Browning – Give it to them Essence Baby! 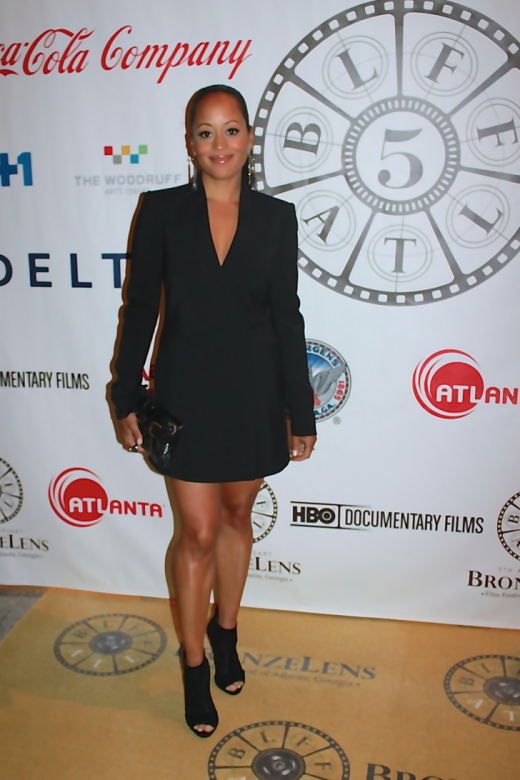 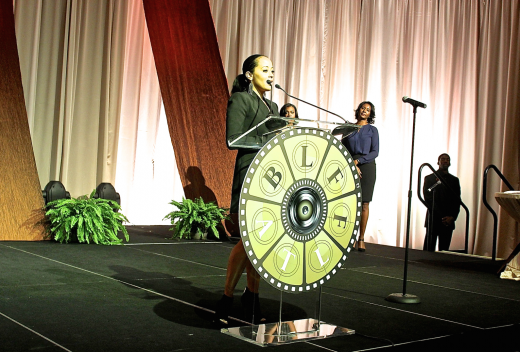 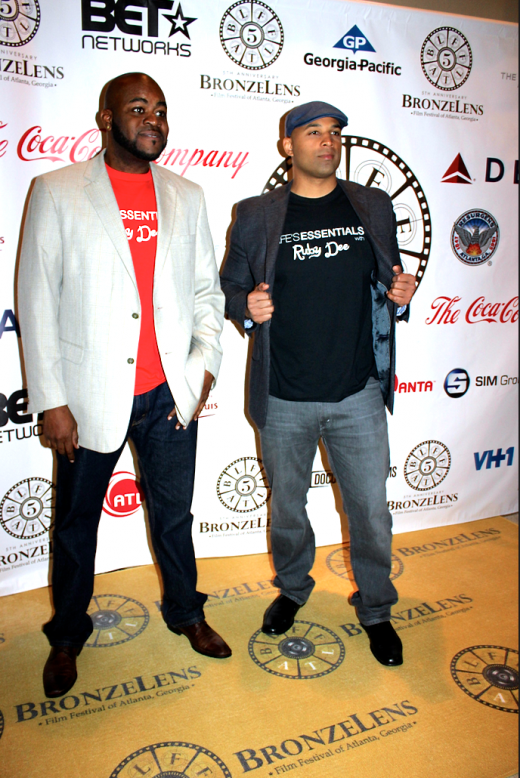 for their work on “Life Essentials with Ruby Dee” (N.J. Frank – Producing Partner) and Muta Ali shown above (accepting Legendary Award in behalf of  his grandma, the late great Ruby Dee (who paved the way for female actors) 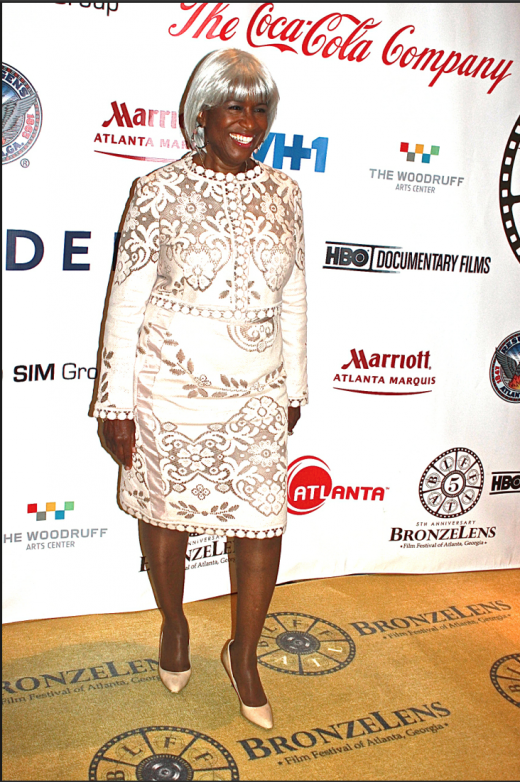 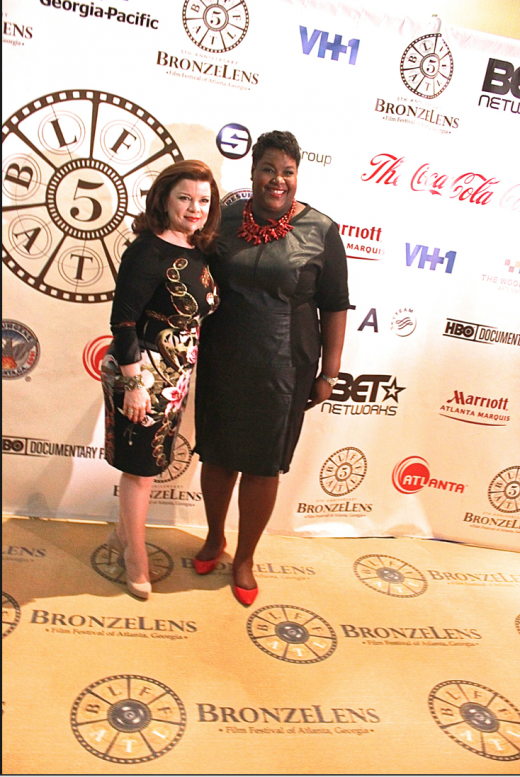 #Owntv Have and Have Nots (actress) and award recipient Erica Qualls, 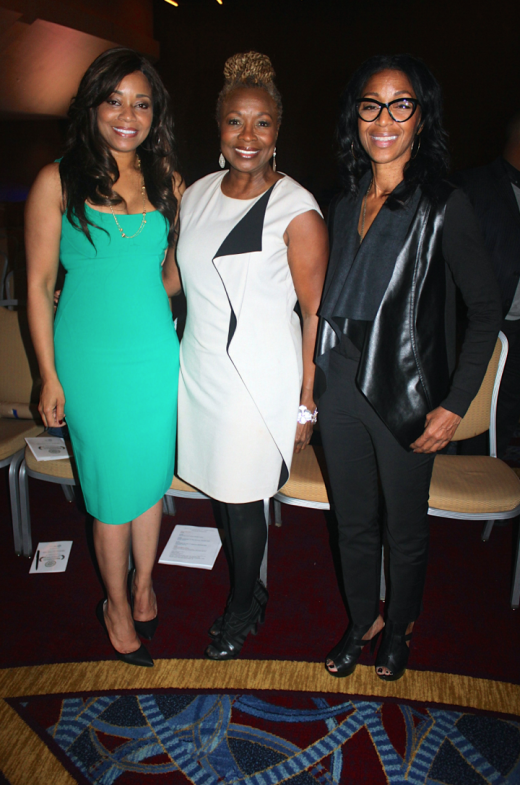 Constance Orlando, Katherine Bertrand and Casting Director Robi Reed  were also amongst those in attendance giving thanks for the acknowledgement of their fine contributions to the industry. 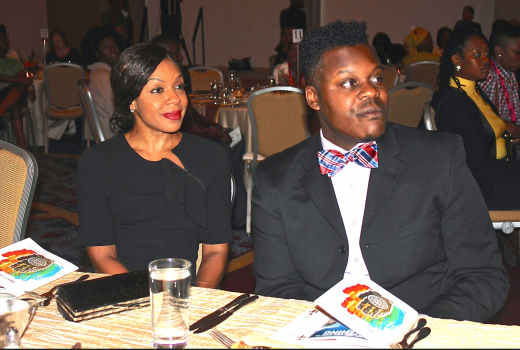 Wendy Raquel Robinson gave the most inspirational speech about never giving up and I believe she ended it with #tweetthat #twirkthat #workthat maybe not in that order. 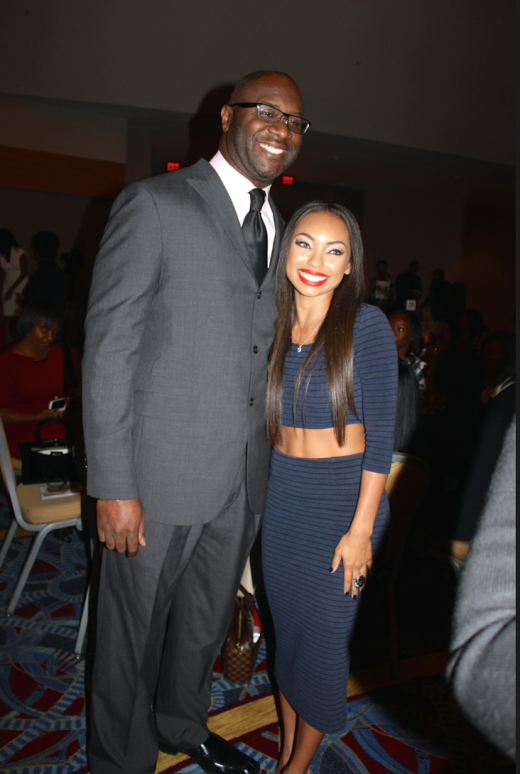 The lunch was fabulous! The pecan pie desert, the chicken and grits entree ‘(watch out Gladys the Marriott Marquis is trying to upstage you girl! I think Roger Bobb was the co-host of the evening. It was hard to tell if he or Monica Pearson was the main host? 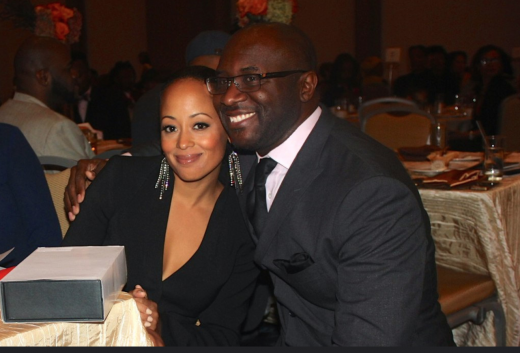 Logan Browning was so happy to see former Boss Roger Bobb Former SVP producer of her show in Atlanta “Meet the Browns” which Browning said she believes the opportunity paved the way for her to get the phone calls such as the one for “Hit the Floor”. Thanks Tyler Perry! You are always looking out! Look at Gawdddd!!! 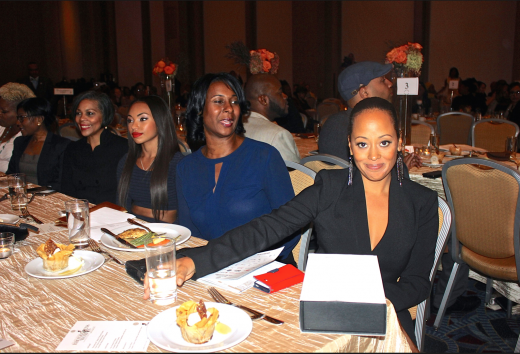 Essence we love you. And come closer to the screen we have a secret to tell you “We think Robi Reed is going to be calling you very soon.” We will keep you in our prayers! Thanks for coming to Atlanta and sharing with us!

On another note. More notes from the festival…

Malcolm D Lee and Billie Woodruff shared some of the perils of what happens after the green light process for a script to go to production and wow! It surely takes a lot of resilience and patience for the big payout day! I didn’t notice any reality tv stars present for any of the panels. Interesting! Who needs panels and training when there is reality TV where one can be thyself and get paid to “ACT A FOOL”. on national television. It was different to listen to the actors and film directors and notice the serious undertones as they spoke of industry standards and discussed their long paths to get where they are today. Ok not everyone on reality tv is acting a D#$% fool! So please don’t send me a bunch of hate mail my reality tv princesses. I’m just making note of some observations. Take a look at some more pics before I am in serious trouble over here!