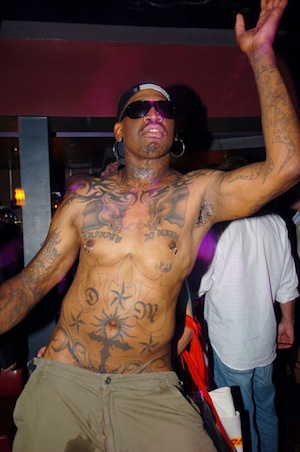 Although Ex-NBA star Dennis RodmanÂ doesn’t come out in public too much these days According to sources, Rodman created a topless women’s basketball league.

Dennis will be auditioning the lucky ladies from the leagues Headquarters, the Gentlemen’s Club in New York City.

The team formed from there will play a charity game against another topless team from another club.

Apparently, Dennis has thought of the idea after hearing the rival strip joint Rick’s Cabaret that launched a league with former Atlanta Hawk’s Spud Webb. And, as you can guess, he has already challenged Rick Cabaret’s topless team for the charity game against the team he’s been forming.

In this regard, he said, “I don’t know too many men that don’t like a good-looking woman running up and down around the court.”

Reports from TMZ say Kim Kardashian and her legal team has freed many inmates in the past 90 days. Many of these people thought...
Read more