Macklemore did just that as he admitted that Kendrick Lamar “got robbed” for not getting the Best Rap Album Grammy for his critically acclaimed release “good kid, m.A.A.d. city.”

Macklemore himself texted Lamar after Sunday’s Grammy Awards telecast to send his regrets for the Compton lyricist not getting the props he deserved for his album. 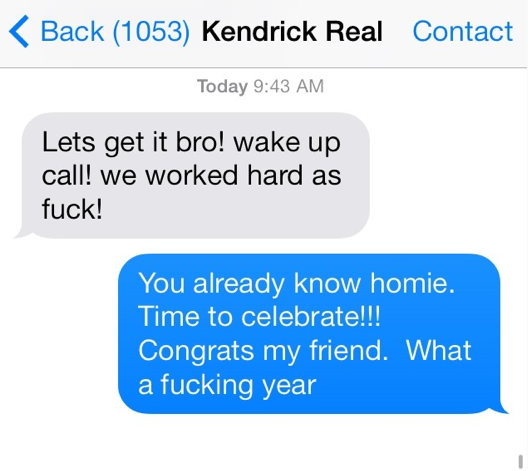 “He deserved best rap album,” Macklemore stated in a caption accompanying the text, which he posted on Instagram. “I’m honored and completely blown away to win anything much less 4 Grammys. But in that category, he should have won IMO. And that’s taking nothing away from The Heist. Just giving GKMC it’s proper respect.” 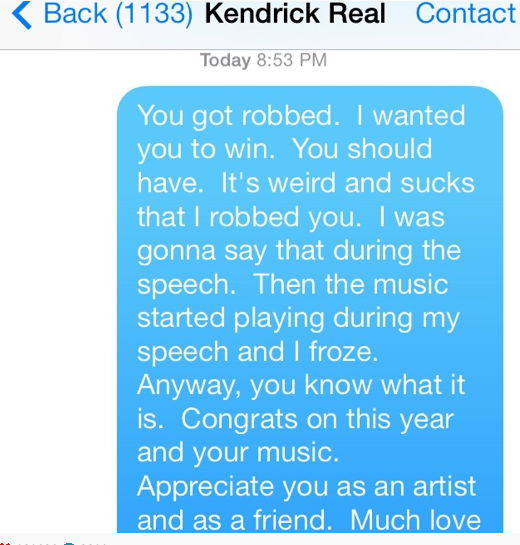 This year’s Grammys proved to be a great moment for Macklemore & Ryan Lewis. In addition to Best Rap Album for “The Heist,” the duo collected three other Grammys for Best New Artist, Best Rap Performance and Best Rap Song for their hit single, ‘Thrift Shop.’

Although Lamar did not receive any Grammys, he provided one of the most talked about moments from the annual event with a killer performance alongside Imagine Dragons of the remix to the group’s popular song, “Radioactive.”