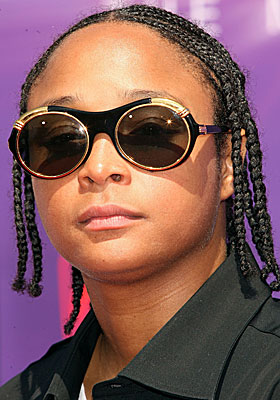 On March 10, 2011, Snoop Pearson was arrested along with 60 others for alleged drug offenses. The arrest was made during a predawn raid at her home in Baltimore following a five-month DEA operation. Officials had suspicions of heroin was being sold by her and her alleged East Baltimore drug gang.

Snoop is pleading Not Guilty to all charges and released a statement for her involvement:

â€œFelicia Pearson has the right to be presumed innocent until proven guilty. In Feliciaâ€™s case, she feels that she is being targeted not only because of her portrayal of the memorable character â€œSnoopâ€ On HBOâ€™s critically acclaimed series THE WIRE; but also because of where she is from in Baltimore. Felicia grew up where high crime rates, drug use and violence are the norm. Felicia has overcome numerous hard ships in her lifetime. She does not expect these hardships to be used as an excuse for illegal activities. She has never stopped working on self improvement. Felicia has made strong statements against drugs and violence of any kind. She is focused on living a positive life-style encouraging youth and formerly incarcerated women to make positive choices for themselves. She is currently working on 3 films that are shooting in Philadelphia with Len Daniels and T-Town Music Group.

Felicia hopes to return to the Philadelphia film set immediately, and wants her friends and fans to know that she is keeping her head up, shoulders back and that she is prepared to fight these new charges against her.â€