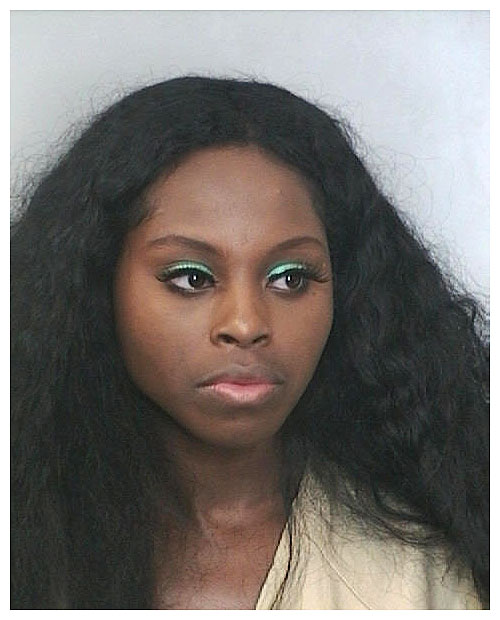 Foxy Brown no longer has to worry about spending a few years behind bars for allegedly violating a restraining order. The “New York Daily News” is reporting that a grand jury failed to indict the rapper on two felony counts, as well as three of four misdemeanors. Brown was in a Brooklyn Criminal Court on Tuesday for a one minute and 22 second hearing. During the proceedings, the “Hot Spot” rapper learned that she is still facing one misdemeanor count of criminal contempt. Brown’s lawyer, Salvatore Strazullo, says at worst she will receive community service if convicted. Brown had been facing as many as seven years in prison. Following the hearing Foxy Brown remarked, quote, “I’m so happy, I’m just very happy. Never once did I worry about this.”
Foxy Brown was arrested in July for allegedly getting into an argument with her neighbor, Arlene Raymond. During the dispute, Brown reportedly bent over and flashed her backside at the woman. Raymond already had a restraining order against Brown for a 2007 incident in which the hip-hop star threw a BlackBerry phone device at her.