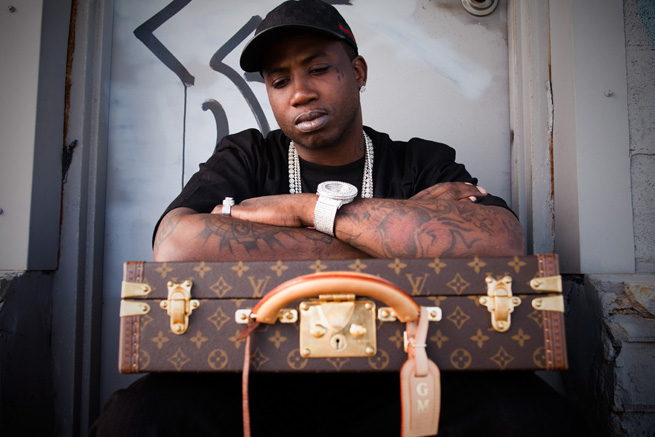 Atlanta emcee Gucci Mane has new music on the way. Billboard.com is reporting that the rapper’s third studio release, “The Appeal: Georgia’s Most Wanted,” will arrive in stores on September 28th. The record will feature 15 tracks, as well as guest appearances from artists like Nicki Minaj, Bun B, Pharrell, Wyclef Jean, Swizz Beatz, Ray J, and Estelle. Tracks from the album will be made available on iTunes prior to the record’s release as part of the “Complete My Album” program. Gucci Mane’s last record was 2009’s “The State vs. Radric Davis,” which opened at number ten on the Billboard 200 chart. Gucci Mane is currently out on the road in support of his upcoming project. He will be performing in Philadelphia, Pennsylvania tonight.