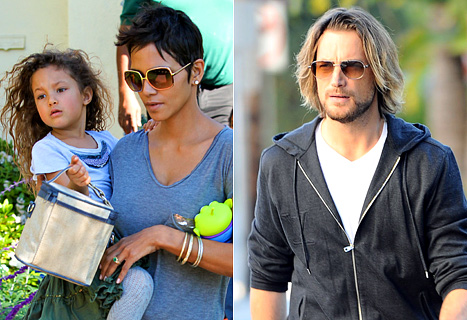 Things have gotten pretty heated between Halle Berry and her baby’s daddy, Gabriel Aubry! She believes he is a “bum” and she is refusing to take care of him any longer!

Things are getting ugly, and that is one word we would never associate with actress Halle Berry. But it’s the only word we can think of to describe the battle she’s having with her baby’s daddy, Mr. Gabriel Aubry. Aubry is reportedly pocketing $16,000 a month in child support and Halle ain’t havin it! She told a judge that Gabriel has quit working, and is making no effort to find a job. Not only is the actress calling her ex out for being a bum, but she is demanding that the payments be lowered to $3,000 a month.

The couple split back in 2010 after a crazy 5 year relationship. We’re not sure what could have happened to make them both so bitter, but one thing we do know is that $16,000 a month to take care of a 6-year-old is WAY too much! Unless the kid has a car payment and some student loans, we think $3,000 a month will work just fine.