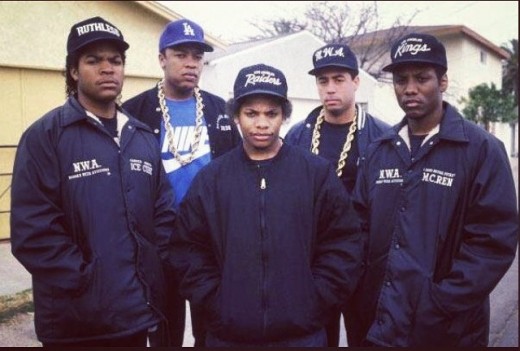 Ice Cube’s son lands role in the N.W.A. Biopic “Straight Outta Compton”. The film is going to celebrate the rappers rise to fame and tell their compelling stories that impacted HIP HOP.

The upcoming biopic about the hip-hop group N.W.A. will feature the son of Ice Cube making this movie a family affair. According to TheWrap.com, “Straight Outta Compton” director F. Gary Gray has enlisted Ice Cube’s son, O’Shea Jackson Jr., to play the rapper.

Ice Cube is one of the producers alongside his former N.W.A. partner Dr. Dre and the widow of the late Eazy-E.  Ice Cube had reportedly been pushing for his son to play him, but had to first make sure he was the right person for the role.  Insiders say the rap star eventually convinced executives at Universal that his son could handle the role’s pressure.

“Straight Outta Compton” will cover N.W.A.’s rise to fame in the late 1980s and early 90s, as well as social issues of that era.

This movie should be interesting. Do you think Ice Cube’s son has the acting chops to pull off such a big role?