Jamie Foxx Speaks About Staying Out of The Spotlight 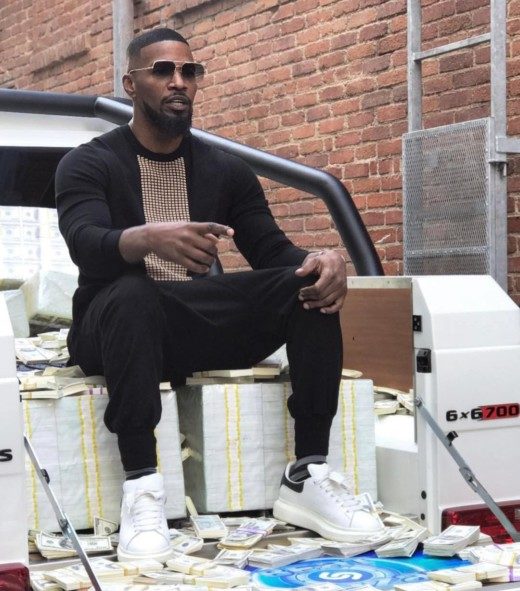 Jamie Foxx, one of the busiest men in Hollywood, is also one of the most talked about! While promoting his new FOX show “Beat Shazam,” the 49-year-old actor/comedian/singer revealed how he handles all the attention that comes with being a celebrity.

Foxx has been keeping his reported romance with Katie Holmes out of the headlines for years, even as rumors swirl that they may soon go public. When asked if he wished he could be anonymous for a day, Jamie replied,

It’s different now. Fifteen, twenty years ago, before social media, it was cool to be a star.

While speaking about celebs caught in compromising situations by the paparazzi, Jamie smiled, joking,

Look, I think I do pretty good, I’m always sort of ducking and dodging… But I love watching other people get in trouble, ‘Oh, hey, dude, they got’em!’ As long as it’s not me, I’m cool. 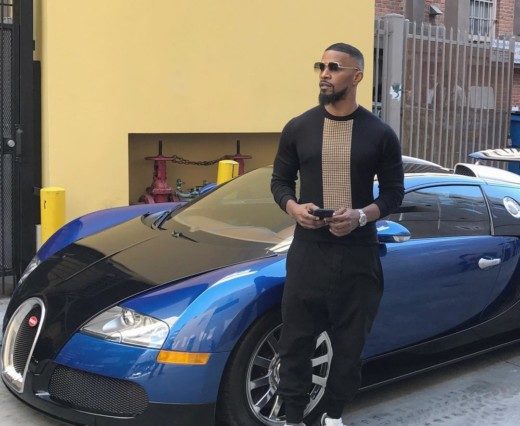 Fox also discusses hosting the new show, “Beat Shazam”, which is based on the mega-popular app.

It’s so much fun. We’ve been trying to get this done for a couple years. I’m the executive producer and the host, the hostess with the mostest. It has a little bit of the element of a talk show in a sense.

He also says he’s been shooting his next movie “Robin Hood” in Croatia.

Leonardo DiCaprio is a producer, and what he’s done with it, he’s turned it on its side a little bit… It sort of has a ‘Zero Dark Thirty’ [feel], almost looks like modern day with the arrows.