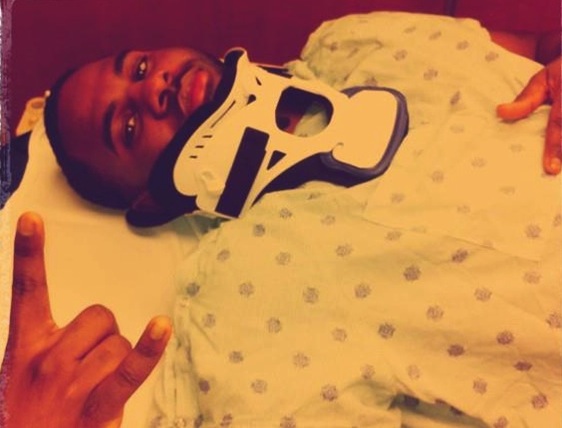 It looks like Jason Derulo is going to have to put his upcoming European tour on hold. The R&B star sent out a tweet Wednesday night saying he fractured his neck during rehearsals. Jason accompanied the tweet with a photo of himself wearing a neck brace and a hospital gown. There’s no word on how Jason got hurt, or how much rest he’ll need to recover. He’s currently slated to kick off his European tour on February 23rd in Glasgow.

Jason Derulo’s tour is in support of his sophomore album “Future History.” The record arrived back in September, and features the singles “It Girl” and “Don’t Wanna Go Home.”