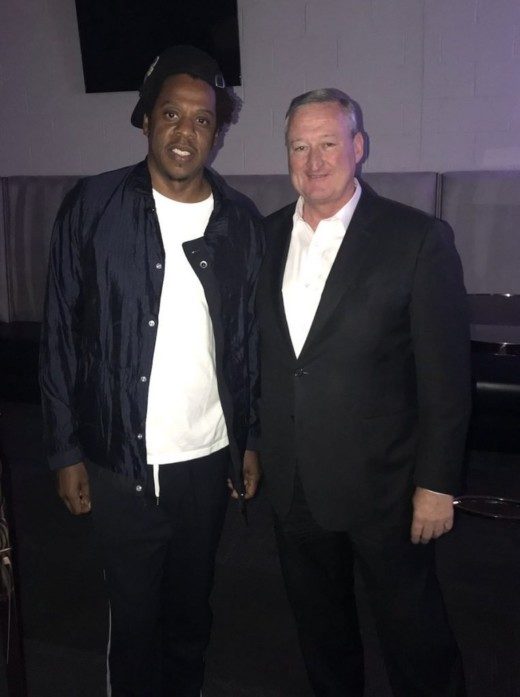 Jay-Z and Philadelphia Mayor Jim Denney apparently worked out their differences over the annual Made in America Festival Monday night during a meeting that took place at his On the Run II tour with wife Beyonce.

Hov wrote an op-ed for the Philadelphia Inquirer a few weeks back slamming officials for wanting to move the concert away from the Philadelphia Parkway and hold it elsewhere in the city. The mayor later reversed course and said the festival would stay put at the iconic location.

According to The Blast, Jigga and Denney met for 10 minutes at the D’USSE Lounge, located backstage at Lincoln Financial Field. Denney was accompanied by his wife and daughters, who attended the show as VIP guests.