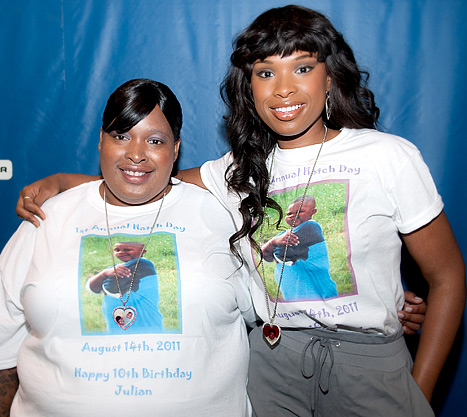 Jennifer Hudson is extending a prayer to the man now convicted of killing her mother, brother and nephew in 2008.

In a statement released to E! Online after Friday’s verdict, the Oscar winner and her sister said they were grateful for the love and support they had received from people all over the world and offered prayers not only for their own family members still struggling with the loss, but for William Balfour and his family as well.

The statement read, in part,

“It is our prayer that the Lord will forgive Mr. Balfour of these heinous acts and bring his heart into repentance someday.”

Hudson broke down in tears in the court room Friday after a Chicago jury delivered a guilty verdict on all counts for Balfour. The 31-year-old faces life in prison when he is sentenced. His attorneys say they will appeal.

Balfour was married to Jennifer’s sister, Julia, at the time of the murders. Prosecutors say he killed the family members in a jealous rage over his crumbling marriage. Jennifer was the first witness to take the stand when the trial began on April 23rd. The singer told the court then that no one in the family wanted Julia to marry Balfour. 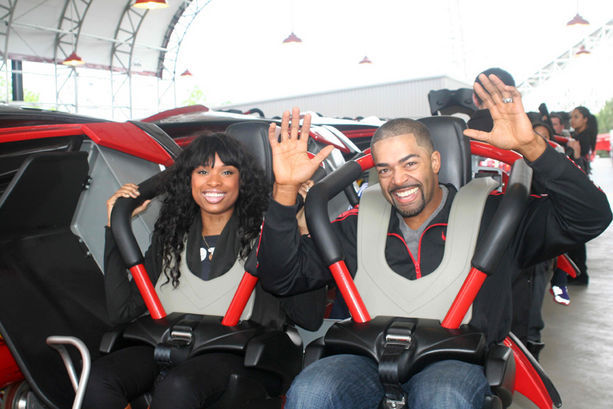 In other news Jennifer and fiance David Otunga are all smiles while strapped into the new X Flight roller coaster at Six Flags Great America in Gurnee Saturday â€” one day after a jury found her former brother-in-law guilty of murdering her mother, br