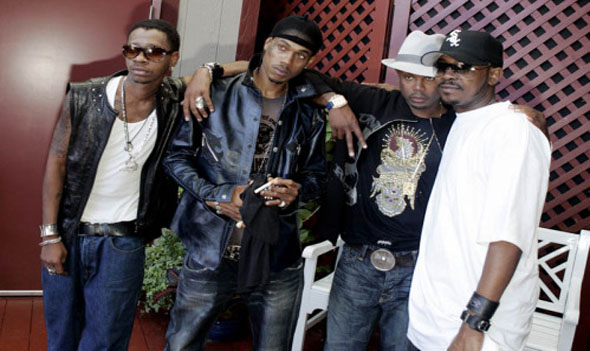 It’s a sad day when boy band Jodeci is getting boo’ed off the stage over in London. The group was supposed to be headlining a concert called “The Show”. Things didn’t turn out as planned because of what looks like a lack of rehearsals. Check out the videos inside where they are begging fans to let them finish their last 10 minutes plus Dalvin jumping off the stage and needing help back up.

The concert also featured other 90’s greats such as SWV, Dru Hill, Blackstreet, and Changing Faces. Apparently after Dalvin jumped off the stage, another member just left the stage and never came back leaving them with two members to perform.

I’m not gonna lie…this is pretty sad. Jodeci used to be everybody’s favorite. What’s going on?

Also, the founding member Devante wasn’t even there for the concert. How could they even think about performing without him? Can you believe this happened?