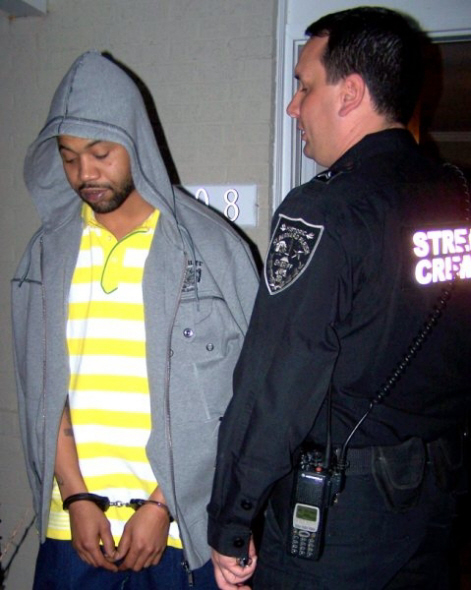 Juvenile had a run-in with the law last week. The “Back That Thang Up” rapper was arrested Thursday for possession of marijuana. New Orleans police were called to Juvenile’s home after neighbors reported the smell of marijuana. Dang…man can’t burn in peace in his own home any more??

When authorities reached the home, record producer Leroy Edwards answered the door along with a cloud of marijuana smoke (YEAH, a real video type scenario) and refused to cooperate with the police. They returned with a search warrant and subsequently discovered a half an ounce of marijuana in the kitchen. Juvenile confessed to owning the drugs and both he and Edwards were arrested. Both men have since posted bond.. Click Here For More Pic’s & Video.

Thursday’s incident isn’t the FIRST time Juvenile has been busted with pot. In February 2008, police in Jackson, Mississippi found a small amount of weed in Juvenile’s car.Â It seems as if “ThereÂ is something about MARY“, and I aint talking CAMERON DIAZ. Â Here is his latest video “Gotta Get It” off his new album “Cocky & Confident” in stores.