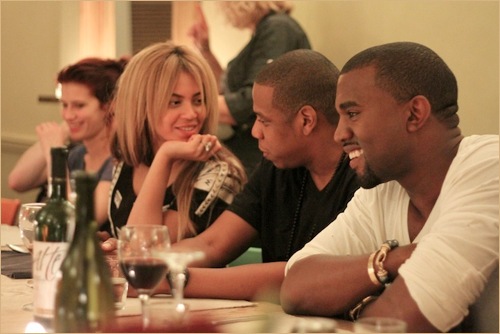 This comes as shocking news to me, but I recently learned that Beyonce (who is loved worldwide) and Kanye West have gotten some of their music banned by the Chinese government. I’m sure you weren’t shocked to hear that Kanye’s music was blocked because he’s known for getting into drama left and right, but this time he didn’t do anything. Beyonce’s Who Run The World (Girls) and Katy Perry’s song E.T. that features Kanye West are just a few of the songs that are on the list of banned songs that the Chinese Ministry of Culture recently released. Why were those songs banned? It has nothing to do with the lyrics or the people behind the lyrics, but the fact that internet providers are allowing people to listen to these songs and apparently the songs haven’t went through review of the government. I’m still in shock. What do you think of China’s decision to ban certain songs by major artists such as Beyonce and Kanye West? Ridiculous or what?