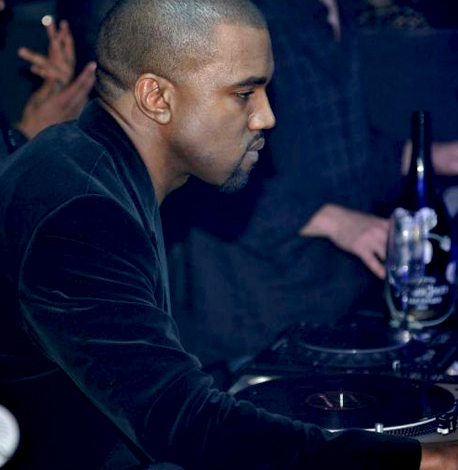 Kanye West was spotted at a New Year’s Eve party Â DJ’ing by the name of “DJ World Jeezy.”

According to sources, the party was hosted by Fergie in Las Vegas. Kanye played a 3-hour set and played songs including Rihanna’s We Found Love, some old school classics by MJ and others. He also played his own songs including “Nigga’s In Paris” for as many as 5 times.

Sources added that Kanye’s G.O.O.D Music family was also at the party. However, the people who paid a really big chunk of moneyÂ ($275 to $15,000) to attend the party did not seem too happy with their new DJ’s performance.Â  Some of them took to twitter to express their frustration with their DJ in a polite way. Two of those tweets go as the following:

Looks like Kanye West won’t have a good career in DJ’ing, right? Or do you think he’ll improve over time? See more photos from the event in the gallery.

Spotted at I Am Cocoa. Photos from NecoleBitchie.