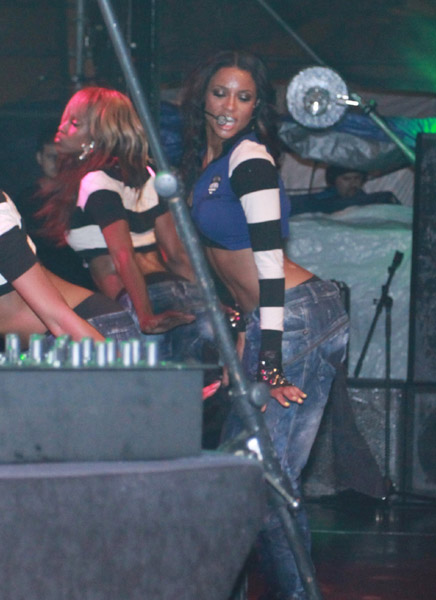 R&B superstars Ciara and Keri Hilson allegedly had a few words backstage at the Power Live concert this past Sunday 8/21 in New York that led to Keri Hilson’s performance absence.

It was reported that Keri and Ciara were both listed as performers on the Power 105.1 website but after speaking with Keri’s reps, they stated that Keri was not slated to perform nor was she in town that Sunday. Keri had backed out the concert weeks before the performance night had taken place.

By both of them moving out of the ATL to California may not have been a good look. They may be losing that “southern hospitality.”Â Yea, they may not be the closest of friends but Â these two have too much class to get into a fight with each other, But Â we all know girls will be girls.

Ciara album will be out this Fall and Keri album will be out at the beginning of the next year. Here are all the pictures from the concert. In attendance was Diddy, Dirty Money, Bobby V, Fat Joe, Â and Kelly Rowland just to name a few.

Big Shout-out to the homie Necolebitchie for the pics