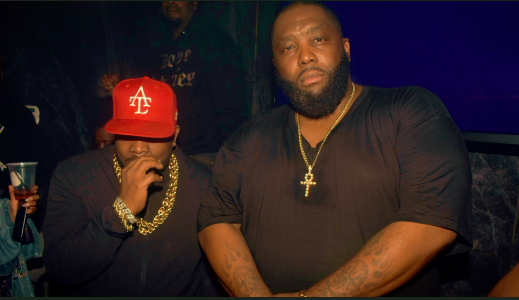 Michael Santiago Render, better known by his stage name Killer Mike, is an American rapper, actor, and activist. He is the founder of Grind Time Official Records, which he launched through the SMC and Fontana Distribution. Killer Mike is not just a club rapper despite this Lit club event. Killer Mike is always seen speaking on high-level topics; the world, politics, and going in depth in life in general. We particuraly like his political thoughts, you can find his comments on serious topics dispersed online and social media.

Lil Yachty and Big Boi join the festivities. Killer Mike’s event was sponsored by Lit Culture a blunt wrap company that was actually born in Georgia.

Miles Parks McCollum, known professionally as Lil Yachty, is an American rapper, singer and songwriter. Yachty first gained recognition in August 2015 for his singles “One Night” and “Minnesota” from his debut EP Summer Songs. He released his debut mixtape Lil Boat in March 2016. Lil Boat was caught making it rain at the Blue Flame on 420.