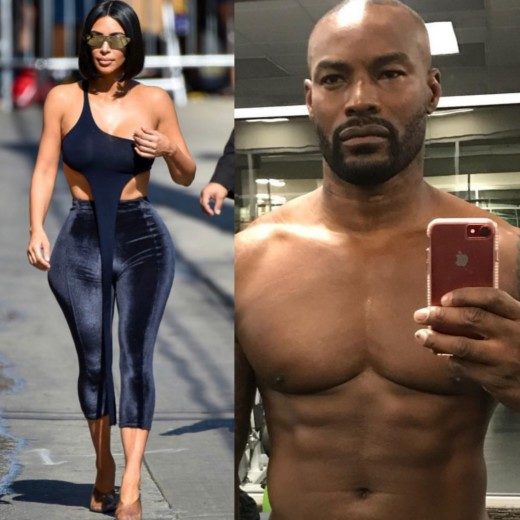 Beckford recently remarked on an image of Kardashian West sporting tight black pants and a black cut-out top that showed off her abs while arriving for her appearance on Jimmy Kimmel Live! on Mon, and suspect Kanye West’s spouse of obtaining plastic surgery.

“Sorry I don’t care for it personally,” Beckford, 47, commented on social media about the picture.

“She is not real, doctor f**ked up on her right hip,” he added with a green vomiting emoji. 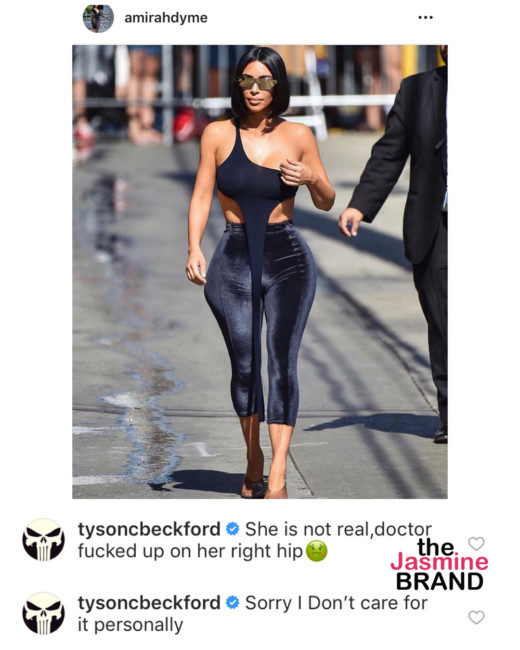 Kardashian West, 37, later responded to Beckford, writing, “Sis we all know why you don’t care for it,” while adding tea, frog and painting nails emojis.

Some fans quickly called out the mother of three for implying that Beckford is gay.

Kim should apologize for that homophobic clapback it was in bad taste and Tyson ena le ena must learn to stay in his own lane.

I hope y’all get kim kardashian together for that homophobic response to Tyson Beckford.

Meanwhile, Beckford commented on his original comments on Kardashian West’s body on his Instagram Stories.

“My opinion on women who do plastic surgery stays the same, not for me!” he wrote in part. “I personally don’t care for it! Done end of story!”

“Always gonna pick a Beyonce over anyone else,” he continued. 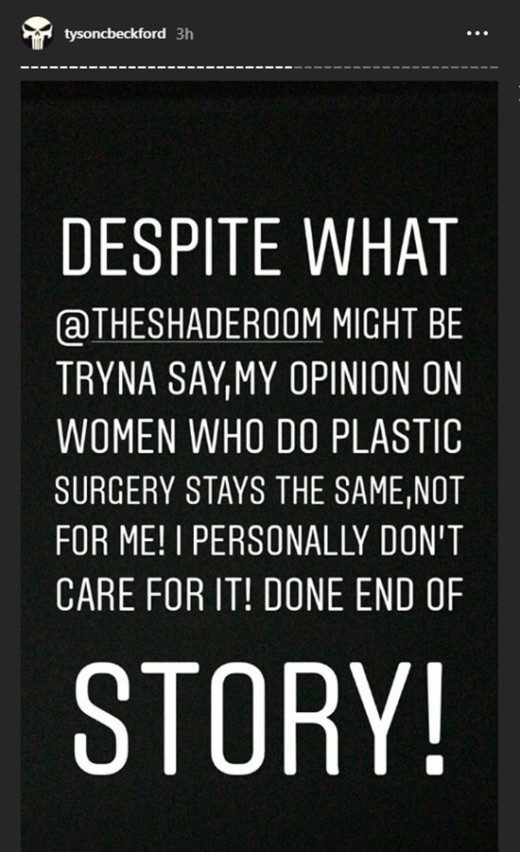 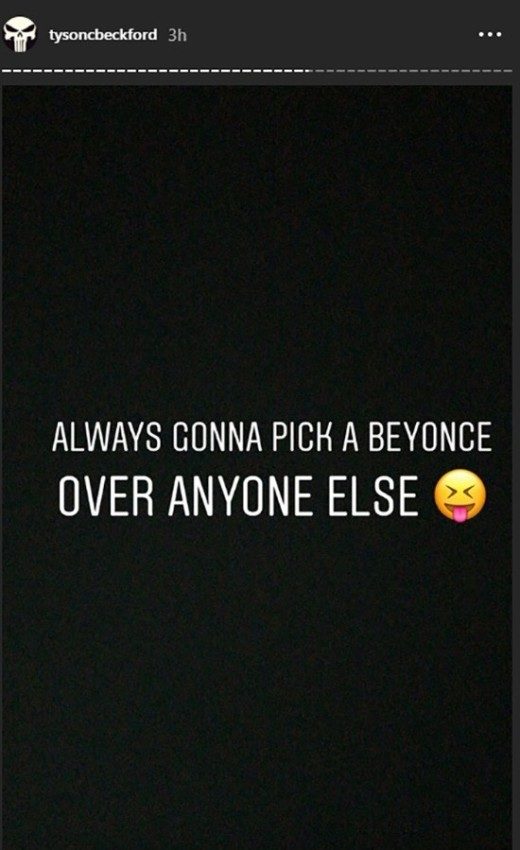 Kardashian West has noticeably slimmed down in recent months. On Sunday, she revealed on her Instagram Stories that she’s dropped to 119 pounds as her sisters Kendall Jenner and Khloe Kardashian were visibly shocked at her fit physique in a skintight pair of leather pants.