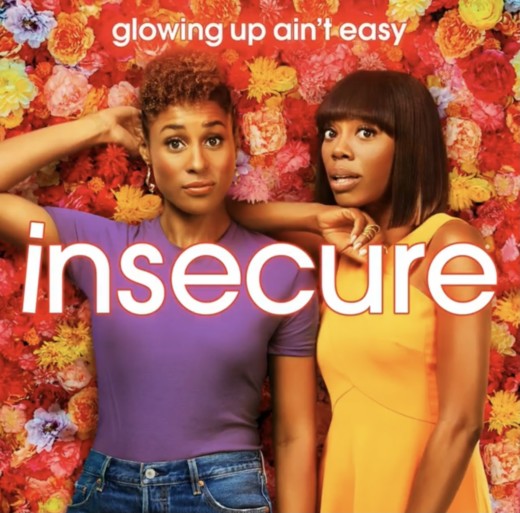 Check it out below!

Say it ain’t so! This will be the last season of “Insecure.” Creator and writer Issa Rae confirmed the news via a tweet on Wednesday. 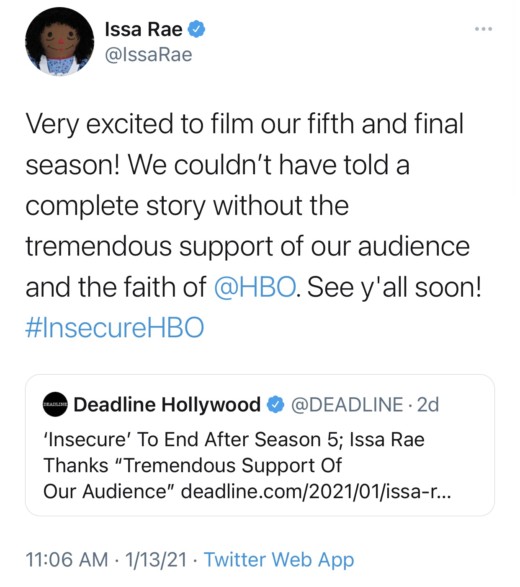 The award-winning series made its debut in 2016! And ever since then we couldn’t get enough. Issa Rae and her team of writers showed us it was ok to be awkward and even a rapper (in our heads).

“Issa has turned insecurity into an iconic form of comedy,” Amy Gravitt, HBO’s executive vice president of programming, stated. “The show is as incisive as it is heartfelt, and it has resonated strongly with its audience because of the deeply personal work that Issa, Prentice [Penny], Melina [Matsoukas], the cast and the writers have put into it. This talented team has conceived a brilliant final season for Insecure and we look forward to having many more stories to tell with this singular group of collaborators.”

I can’t lie, my feelings were hurt when I heard the news. “Insecure“ will join the list of the iconic Black sitcoms that we all loved and rewatch to this day! As much as we will miss “Insecure,” we are grateful for the years of comedy it provided us. Not to mention, is anyone else excited about this fifth season?

[youtube https://www.youtube.com/watch?v=zaFk3Ukqhdw] Michael Bloomberg made his Democratic debate debut on Wednesday in Las Vegas, where he was the target of attacks from his fellow candidates....
Read more