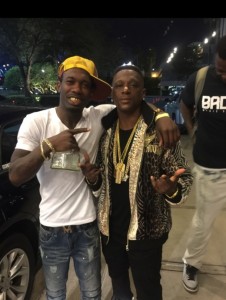 Lil Boosie was out spreading his wings in Florida at his sold out concert at the Aqua Nightclub & Lounge on March 19. Before Lil Boosie hit the stage his opener Kolyon, a fire rapper out of Pompano Beach Florida set the tempo for Lil Boosie to just flow right in.IMG_8801

After igniting the stage and moving the crowd, Lil Boosie with Bad Azz Ent signed Rapper Kolyon from Pompano Beach, Florida as his new artist. Check out the video link above. When asked if he knew if any of this was going to happen, Kolyons Road manager as seen on the left below along with his team, Bishopbeve said ‘that he had a hunch about it but Kolyon really didn’t know’. 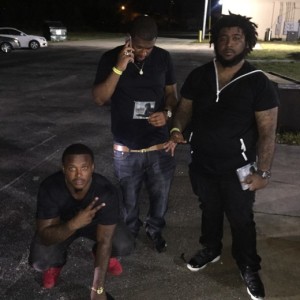 What you might not know about Kolyon is his efforts to give back to the community as seen here at Avenues Mall with these young ballers showing love to him right before he opens up for Lil Boosie. With his album “The Koly Bible” hitting the streets, he is set to change the game up with his straight up but to the point lyrics and his catchy musical rhythm. Where looking to see what the matchless match create next with Lil Bossie under Bad Ass Ent. 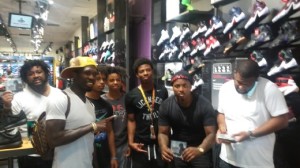 If you would like to preview more of Kolyon check out:

Up coming show is at Climax in Miami, Florida