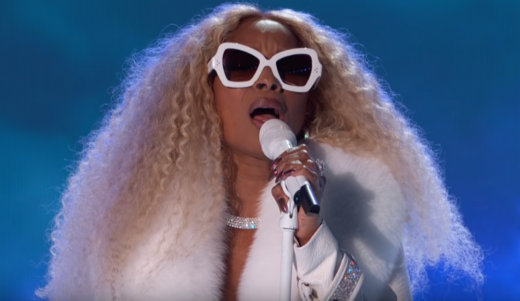 Mary J. Blige was honored with a Lifetime Achievement Award during the 2019 BET Awards at the Microsoft Theater in Los Angeles on Sunday night.

Sean “Diddy” Combs cheered Blige along with her family from the front row, while Rihanna presented her with the honor.

The Grammy winning artist took the stage, after a emotionally moving speech, in white thigh-highs boots to do a string of hits spanning her long career.

At a certain point during the act, Lil Kim jumped on stage to perform “I Can Love You,” which comes from Blige’s 1997 album, Share My World.

And later, Wu-Tang Clan legend Method Man made an appearance to perform their iconic 1995 duet, “”I’ll Be There for You/You’re All I Need to Get By.” Although it was quick, the crowd erupted with applause as the two industry vets did their thing.