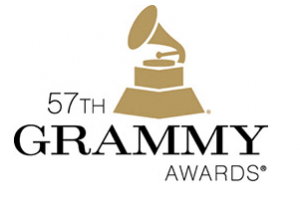 Madonna, Ariana Grande, AC/DC, and others have officially been announced as some of the performers for the upcoming 57th Annual Grammy Awards show!

Singer-songwriter and actress Ariana Grande and singer-songwriter/dancer/actress Madonna will both perform on this year’s Grammy Awards show! Here’s the announcement as posted on the official Twitter page for the Grammys:

Grande is known for her incredible vocal range showcased in her hit songs “The Way,” “Problem,” and “Bang Bang” with Nicki Minaj and Jessie J. Grande is also nominated for the first time ever for “Bang Bang” in the Best Pop Duo/Group Performance category and for Best Pop Vocal Album for My Everything. Grande’s Grammy performance will also be her first and we can expect some great vocal delivery from her.

Madonna is best known for her controversial songs and overall unique performances and persona. The “Vogue” singer is also known as pop royalty as she is considered by many to be the “Queen of Pop” because of her string of hits in the 1980s, 1990s, and 2000s. Furthermore, Guinness World Records named her the “best-selling female recording artist of all time.” This legendary performer has a new album, Rebel Heart, that unfortunately has been slammed with leaks all over the place. Nevertheless, this performance will be the perfect place to promote her latest work.

Other announced performers were country rocker Eric Church, singer-songwriter Ed Sheeran, and classic rock group AC/DC. More performers are expected to be announced prior to “Music’s Biggest Night.” The 57th Annual Grammy Awards are set to air on CBS Sunday, February 8th from the Staples Center in Los Angeles.