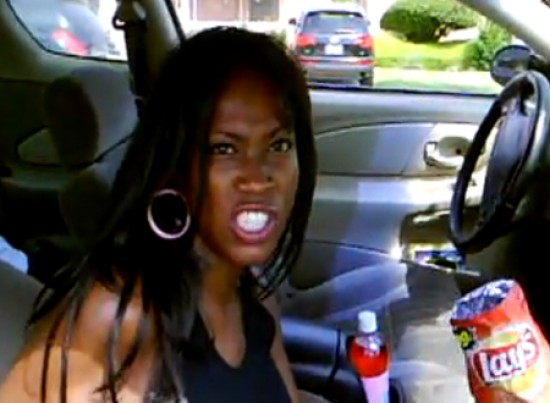 Maia Campbell is back to her old ways. The 33-year-old Campbell was arrested twice this month on drug charges. Her most recent arrest was in Santa Monica on July 5th. And she’s currently still in custody pending a $40,100 bail. She’s allowed no visitors, despite the public being allowed to put money in her “jail account” via the web.

She’s currently doing double duty at a rehab facility at Century Regional Detention Facility in Lynwood, California. And she had her first court date today. Ironically, this facility is the same place Lindsay Lohan is currently serving her 90-day rehab sentence. 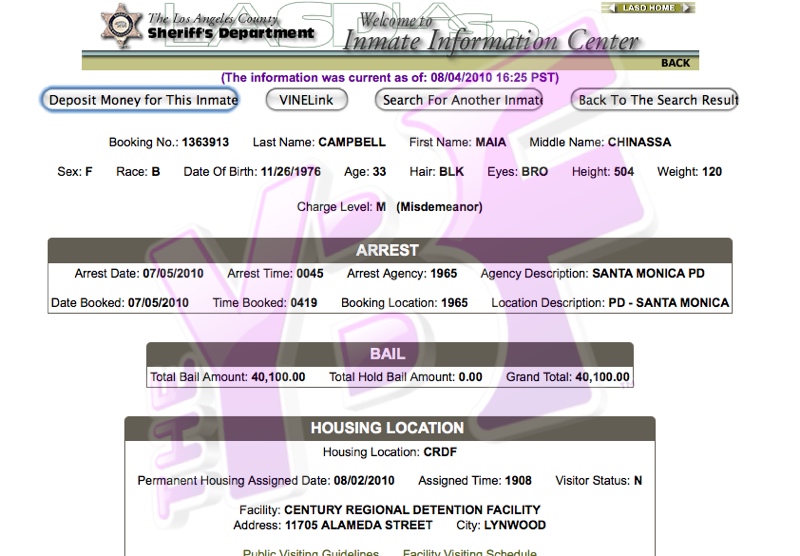 Maia was also arrested on June 19th on 77th St. in L.A., then released 2 days later. Maia’s been dealing with bipolar disorder, as well as an addiction to crack cocaine. I hope she cam get the right type of help that can really help her understand whats really going on.