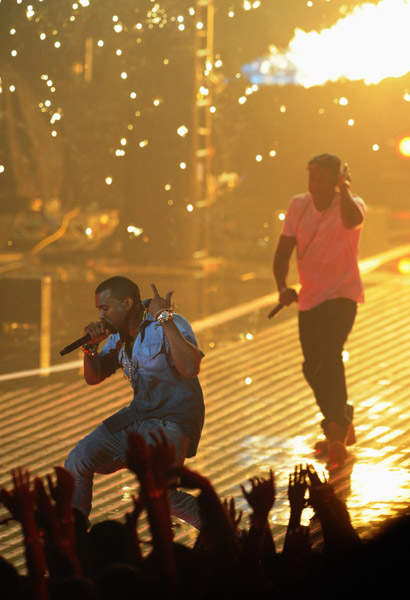 Looks like it happened again…a random man ran up on stage during Jay-Z and Kanye’s performance of “Otis” during the VMAs. Unlike the previous incident at last year’s Video Music Awards Show with Lil Mama, security was on point. After the man made it to the front of the stage near where the two were performing, security pummeled him quick…confusing Jay-Z but didn’t stop him from rapping his line. 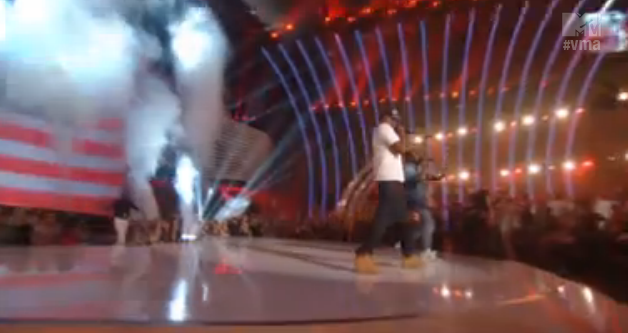 I wonder would security have pummeled Lil’ Mama like that?

Check out the performance and pictures below: