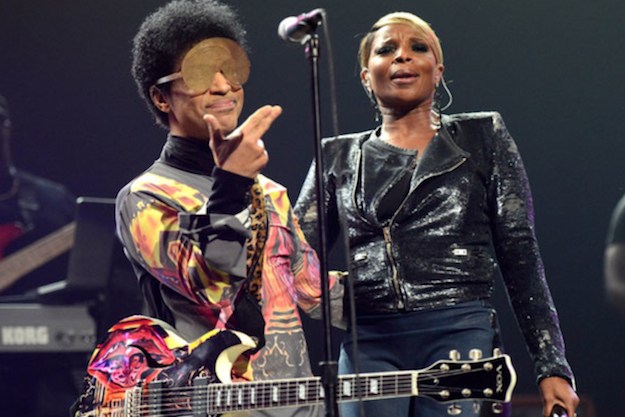 Over the Weekend the iHeartRadio Music festival featured a long list of great performances but one the stood out from all the rest. Mary J. Blige was joined by non other than Prince, who just happened to be wearing yellow bell-bottom pants, a blouse matching his guitar, some very interesting looking shades and an afro. Check out the video of this performance 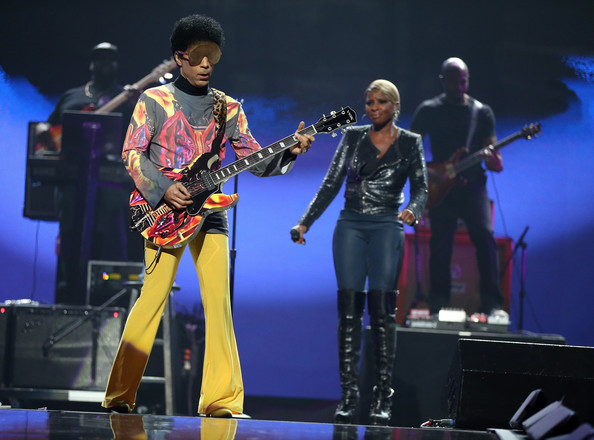 The Queen of Hip Hop & Soul, Mary J. Blige was beyond honored when Prince joined her on stage during her iHeartRadio Festival performance in Vegas as reported by NecoleBitchie. After singing most of her Chaka Khan cover â€œSweet Thingâ€, Mary stopped the track and said,

â€œI got a real good friend in the building. Heâ€™s one of the most amazing artists to ever walk the earth,â€

before Prince walked on stage. He helped her finish out â€˜Sweet Thingâ€™ on the guitar and then Mary told him she wanted to hear him sing and to the delight of fans, they performed a duet of, â€˜Nothing Compares 2 Uâ€™, which was originally written by Prince but became a worldwide hit after Sinead Oâ€™Connor remade it in 1990. 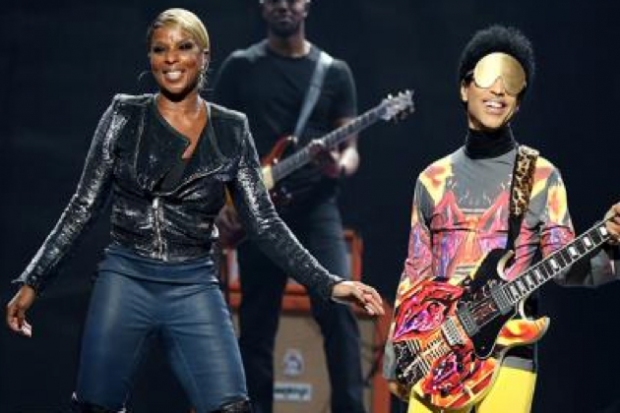 Watch here as Mary and prince perform “Nothing Compares to You”.