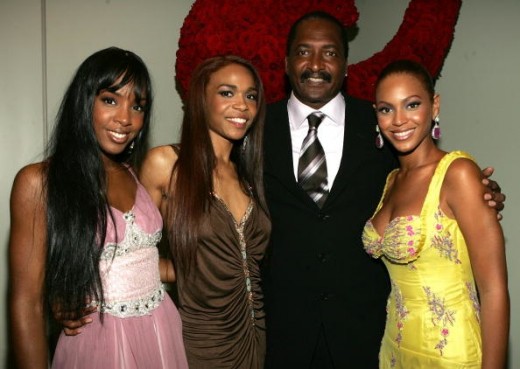 Matthew Knowles is back in the news again but this time it’s not about his alleged financial woes. In a recent interview with Lee Hawkins from the Wall Street Journal, Knowles alludes to a “reunion” of Destiny’s Child, complete with new music and a tour! He also discusses the possibility of a Destiny’s Child biopic in which he wants all “the ladies of Destiny’s Child to be involved and engaged with it and get their support.” The talk of the biopic in this one-on-one confirms the DC biopic discussion as revealed in the #SonyHack of 2014.

Knowles is famously credited for his work as the manager of the wildly popular, Grammy-award winning girls group that includes Beyonce, Kelly Rowland, and Michelle Williams, and at one time included LaTavia Roberson, LeToya Luckett, and Farrah Franklin. He mentions in the interview that contrary to what some believe, the group has not disbanded: “Most people don’t know that I still officially manage Destiny’s Child. Destiny’s Child has never broken up officially. So don’t be surprised one day if there’s a new record or a tour.”

Overall, the interview was quite intriguing and it honestly makes me wonder if the current members of Destiny’s Child–Beyonce, Kelly, and Michelle–are indeed working on new music to share with us. I’m quite sure the fans of this group would be more than happy if these allusions turn out to be reality!

Do us a favor and watch the interview here and share your thoughts on this potential DC reunion in the comments!