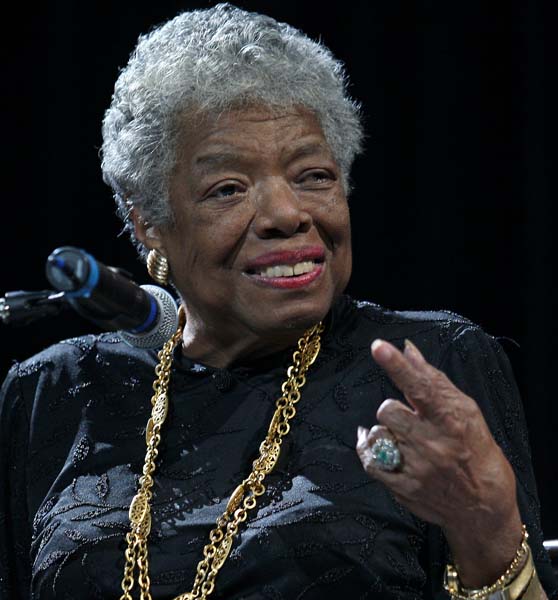 We are always talking about all the gossip and forget to honor the real supper stars. Poet Maya Angelou turned 83 yesterday. Her birthday falls on the same day of the year as Martin Luther King, Jr.â€™s death day. Angelou worked for Dr. King when she was young and has many things to say about his person and the inspiration she continues to find in his words â€“

Maya Angelou: â€œThe music of the â€œI Have a Dreamâ€ speech is a replication of the music which comes out of the mouths of the African American preacher. Preacher, singer, blues singer, jazz singer, rap person, it is so catching, so hypnotic, so wonderful that, as a poet, I continue to try to catch it, to catch the music. If I can catch the music and have the content as well, then I have the ear of the public. And I know thatâ€™s what Martin Luther King was able to do, not just in the â€œI Have a Dreamâ€ speech â€” although that has become a kind of poem which is used around the world â€” but in everything he said there was the black Southern Baptist or Methodist preacher, singing his song, telling our story â€” not just black American story either, but telling the human story. And as a poet, if I can replicate that, I am okay.

Born Marguerite Ann Johnson on April 4, 1928, Maya is an American author and poet who has been called “America’s most visible black female autobiographer” by scholar Joanne M. Braxton. She is best known for her series of six autobiographical volumes, which focus on her childhood and early adult experiences. The first and most highly acclaimed, I Know Why the Caged Bird Sings (1969), tells of her first seventeen years. It brought her international recognition, and was nominated for a National Book Award. She has been awarded over 30 honorary degrees and was nominated for a Pulitzer Prize for her 1971 volume of poetry, Just Give Me a Cool Drink of Water ‘Fore I Diiie. 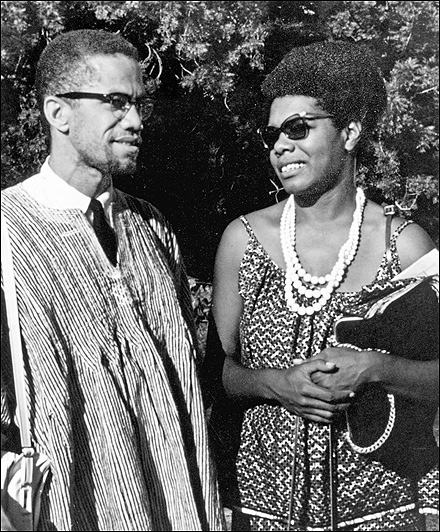 Angelou was a member of the Harlem Writers Guild in the late 1950s, was active in the Civil Rights movement, and served as Northern Coordinator of Dr. Martin Luther King, Jr.’s Southern Christian Leadership Conference. Since 1991, she has taught at Wake Forest University in Winston-Salem, North Carolina where she holds the first lifetime Reynolds Professorship of American Studies. Since the 1990s she has made around eighty appearances a year on the lecture circuit. In 1993, Angelou recited her poem “On the Pulse of Morning” at President Bill Clinton’s inauguration, the first poet to make an inaugural recitation since Robert Frost at John F. Kennedy’s inauguration in 1961. In 1995, she was recognized for having the longest-running record (two years) on The New York Times Paperback Nonfiction Bestseller List.
With the publication of I Know Why the Caged Bird Sings, Angelou was heralded as a new kind of memoirist, one of the first African American women who was able to publicly discuss her personal life. She is highly respected as a spokesperson for Black people and women. Angelou’s work is often characterized as autobiographical fiction

She has, however, made a deliberate attempt to challenge the common structure of the autobiography by critiquing, changing, and expanding the genre. Her books, centered on themes such as identity, family, and racism, are often used as set texts in schools and universities internationally. Some of her more controversial work has been challenged or banned in US schools and libraries.