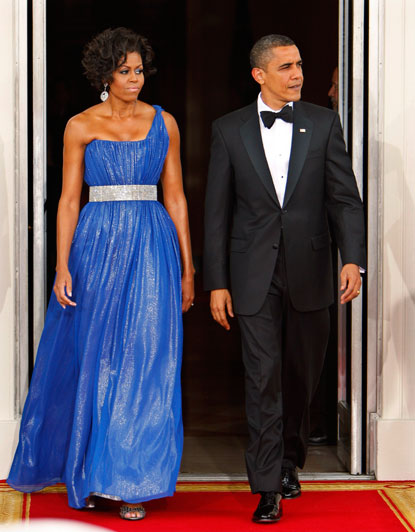 Vanity Fair Magazine released their 2010 International Best Dressed List and the first lady, Michelle Obama, was listed among the most fashionable people in the world. Other notable American listees include singer Lady Gaga, producer Pharrell Williams, and actor Alec Baldwin. Although people were named from all over the world, it seems that New York City is still the most fashionable place on Earth because most of the list lives there.

For the ladies hoping to mimic Mrs. Obama’s award winning style, Vanity Fair suggests you go for classic American brands like J. Crew and bright colors. The magazine also credits her for the resurgence in cardigans, kitten heels, belts, and of course sleveless tops, so be sure to stock up on those if you’re trying to swagger jack Mrs. O!