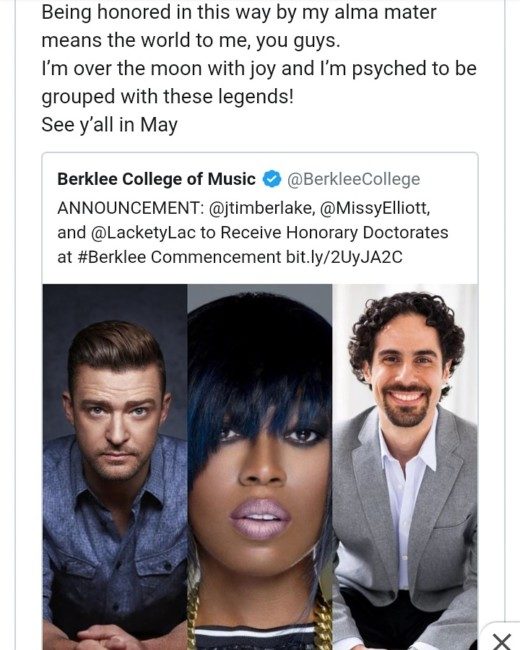 Many superstar music talents and other celebs, recieve doctorate degrees from Berklee College of music. Find out which celebs are doctors now. 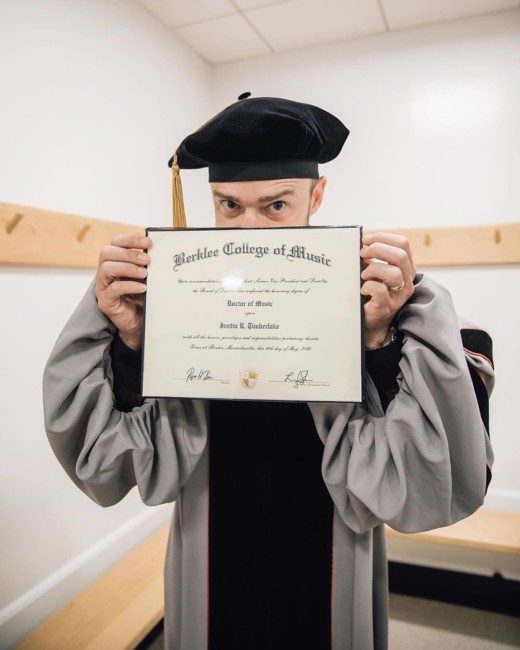 Reports from TheJasmineBrand say, A few legendary celebrities received honorary doctorate degrees for their achievements and influences. Missy Elliot and Justin Timberlake where amongst the group who recieved a degree.

Justin Randall Timberlake, often known by his initials, JT, is an American singer-songwriter, actor, dancer, and record producer. Born and raised in Tennessee, he appeared on the television shows Star Search and The All-New Mickey Mouse Club as a child.

Melissa Arnette “Missy” Elliott, is an American rapper, singer, songwriter, dancer, and record producer. Sources say Missy has been active in the music industry since 1989.

Missy comments: “CREATE YOUR OWN LANE!!!!!!!!!!!!!!! Sincerely Dr. MISSY ELLIOTT Berklee College Thank you for this Honorary Doctorate Degree I am SO HUMBLED”

Alex Lacamoire was also honored. Alex Lacamoire is an American musician, arranger, conductor, musical director, music copyist, and orchestrator who has worked on many shows both on and off Broadway. He is the recipient of multiple Tony and Grammy Awards for his work on shows such as In the Heights, Hamilton, and Dear Evan Hansen