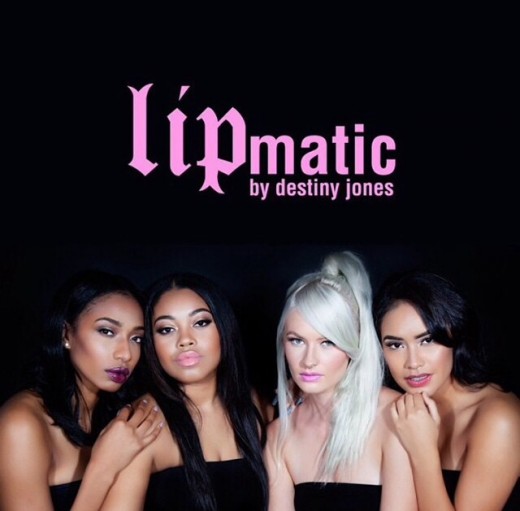 Nas’ daughter, Destiny Jones, has launched a lip gloss line called “Lipmatic!” The line is her way of paying homage to her father’s 1994 album “Illmatic.”

Destiny Jones, the daughter of hip-hop legend Nas, has found a very unique way to pay homage to her father’s classic 1994 debut album “Illmatic” with the recent launch of her own line of lip gloss called “Lipmatic.” Currently, there are four shades of the gloss available: P.L.U.M. State of Mind, Cherry Love, Life’s A Peach, and Cotton Candy Lane. Not only does the line’s name spin off the name of her dad’s first album but the names of the gloss are her takes on some of the album’s tracks: “N.Y. State of Mind,” “One Love,” “Life’s a Bitch,” and “Memory Lane.”

This year marks the 20th anniversary of the release of the critically-acclaimed “Illmatic” album and it’s quite apparent that Nas is very proud of his daughter’s entrepreneurial spirit. He took to his Instagram page recently and promoted the line’s launch with a photo and with this caption:

“It’s so ILL to see @LipMatic launch. Scoop that up! Made for beautiful lips everywhere…. Created by my very own Princess Destiny. It’s great to watch her plans unfold! #lipmatic

We congratulate Destiny on the launch of ”Lipmatic!” The glosses are now available for purchase