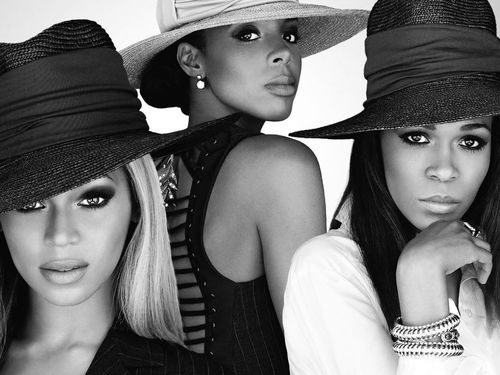 Kelly Rowland has released another single from her forthcoming third solo album, “Talk A Good Game“, on which she is collaborating once again with her former Destiny’s Child’s members, Beyoncé Knowles and Michelle Williams.

We reported that the ladies collaboration earlier this year on a single, “Nuclear” (produced by Pharrell Williams), that was featured on the Destiny’s Child compilation album, “Love Songs“. The ladies also came together for that blazing hot halftime performance at Super Bowl XLVII.

The mid-tempo “You’ve Changed” has an R&B flavor and was produced by Harmony Samuels. On the song, each of the ladies get the opportunity to sing a verse to their respective significant others about how those persons have changed, and the relationships have now come to an end.

Check out the audio for “You’ve Changed” below:

Well it may not be a permanent Destiny’s Child reunion, but I’ll take what I can get. I give the song two thumbs up. I hope the ladies will continue to give Destiny’s Child fans more musical collaborations in the near future.

What do you think about Kelly Rowland’s collaboration with Beyoncé and Michelle Williams for “You’ve Changed”?