New Music: Nelly feat. Pharrell and Nicki Minaj – “Get Like Me” 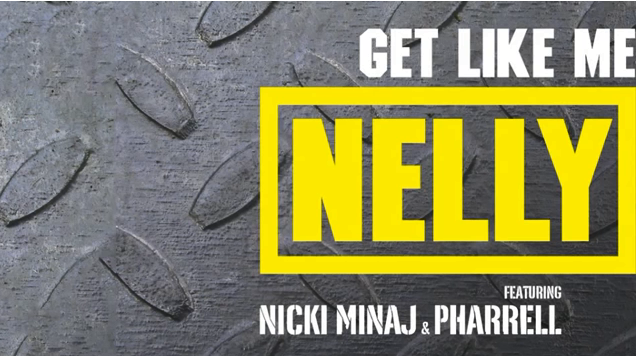 Nelly has teamed up with Pharrell and Nicki Minaj to bring his fans some new music.

Republic Records recently released Nelly’s newest single, “Get Like Me” that features Pharrell (who also did the production on the track) and Nicki Minaj.

On “Get Like Me”, Nelly raps about his fellow rappers in the rap game who try to imitate his style. Nicki Minaj also expresses these same sentiments and simply brings the heat with her sharp, quick lyrics on her verse. Pharrell adds his own flavor to the song by rapping some ad-libs on the hook.

“Get Like Me” is the second single from  Nelly’s forthcoming album, “M.O.” that is expected to drop later this year.

Nelly most recently released “Give U Dat” featuring Future that will also be on Nelly’s forthcoming album.

The first single from Nelly’s album “M.O.”, “Hey Porsche,  dropped a few months ago and has presently received more than 15 million views on YouTube.

This song is a good look for Nelly. Thumbs up to Pharrell on the production, and Nicki Minaj who killed her verse.

What do you think about Nelly’s collabo with Pharrell and Nicki Minaj on “Get Like Me”? Sound off in the comments below.