Nicki Minaj Releases A Behind The Scenes Vlog For “Anaconda!” 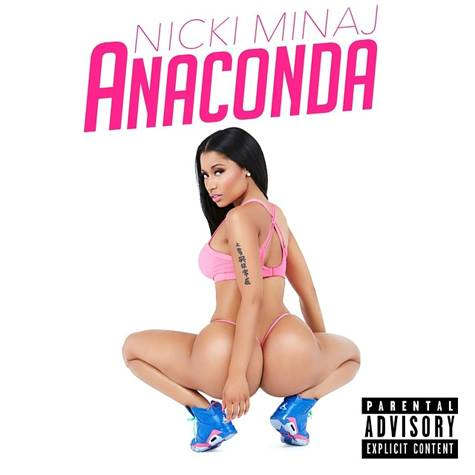 “Anaconda” has been an overnight success for Nicki Minaj since its release! It went straight to number one on iTunes and her barbz CANNOT get enough! And boy does she know it! The NY emcee recently posted a behind the scene Vlog for her latest hit single.

Nicki Minaj is making sure her fans get a big dose of her and her latest hit, “Anaconda.” She recently released a behind the scenes vlog that allows fan to see how the masterpiece was created! We witness  a lot twerking and a very turnt up Minaj at the end. There was even a cameo from another Young Money rapper, Drake!

The new single ended up dropping almost a week after “Pills N Potions” rapper released a revealing photo of her showing off her backside in a pink g-string! Ever since the album artwork release, the anticipation for the new single was high. When it finally dropped, her barbz went WILD! Minaj borrowed from Sir Mix-a-Lot’s hit “Baby Got Back” and put her own flare on it. Next, she released a preview for the video on her IG page making fans crave more. Lastly, she has graced us with this revealing vlog. Clearly, there are levels to this single!

Watch the vlog below!

She is letting us know that this will be a BOOTY-filled video! Let us know what you think of the vlog below!