Nicki Minaj Reveals That ‘Pink Print’ Is The ‘Blueprint For Female Rappers!’ 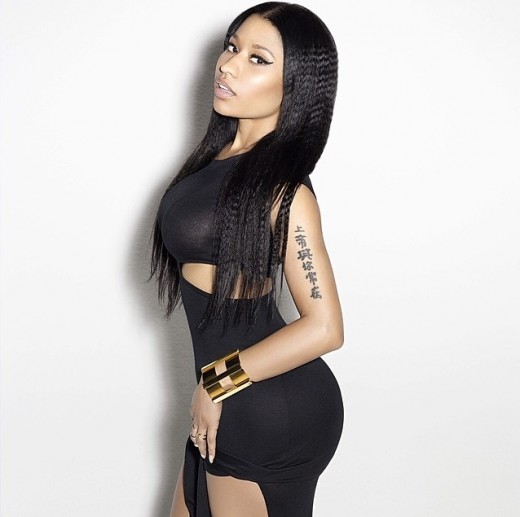 Nicki Minaj discusses upcoming album, “Pink Print,” and why it is going to be a HIT!

Nicki Minaj opened up about “Pink Print” and why she has sat the standards higher with this one. The NY MC compared “Pink Print” to Jay-Z’s “Blueprint,” and that fans can expect more confidence in this album.

Jay-Z has had his ‘Blueprint’ albums and that’s what I feel like this album’s gonna be. I really feel like this album will be like a Blueprint for female rappers to come…I think the second album lacked a little bit of focus. I think the first album was very focused and very raw and just very real, and I think the third album is back to just being raw and real. I’m addressing things that I’ve never addressed before on the third

She also admitted that her latest single, “Pills N Potions,” is displaying her vulnerable side.

Everybody has felt like they’re angry, but they still love somebody, and something about that line I feel is just like one of the strongest lines ever said. ‘I’m angry, but I still love you’ I think there’s something that’s very classic and iconic about that because everyone can relate.

Minaj would not say if label mate, Lil’ Wayne, would be making a few appearances on her new album or not? But she does reveal that they will be working in the same studio for the next few weeks.

I sent him something he liked, but I didn’t hear his verse yet…But I think overall my connection with Wayne is so deep that I don’t gotta be on his album and he don’t gotta be on my album for him to always play a role of mentor in my life.

The most exciting news she opened up about was that she has some new stuff coming out!

The “blueprint for female rappers,” she says? I am extremely curious and excited for this new album! She has yet to disappoint me! What do you guys think?…Will she be able to deliver?