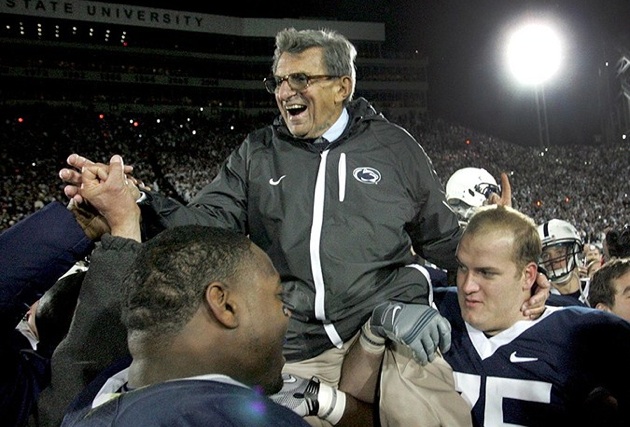 “It is with great sadness that we announce that Joe Paterno passed away earlier today. His loss leaves a void in our lives that will never be filled,” the Paternos said in a statement.

“He died as he lived. He fought hard until the end, stayed positive, thought only of others and constantly reminded everyone of how blessed his life had been. His ambitions were far reaching, but he never believed he had to leave this Happy Valley to achieve them. He was a man devoted to his family, his university, his players and his community,” said the statement.