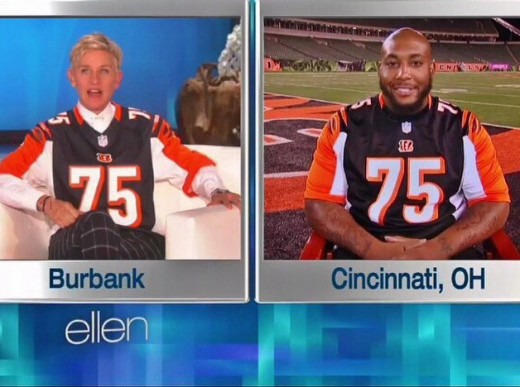 Ellen DeGeneres had a very important guest join her on her show! Yesterday’s guest was Cincinnati Bengals’ player Devon Still. His daughter Leah’s story is one that has touched so many people’s lives and for that, DeGeneres wanted to present him with a special gift! 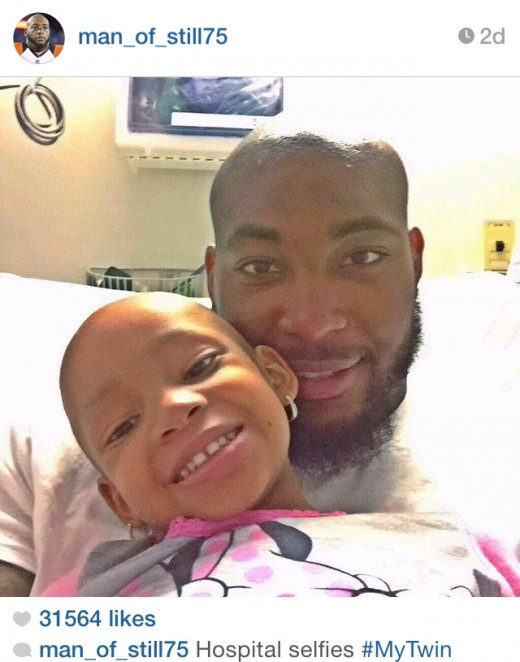 Yesterday on the “The Ellen Show,” Ellen DeGeneres interviewed a very special NFL star, Devon Still! He is a player for the Cincinnati Bengals and an advocate for Cancer! Within the recent months, Still has opened up about his daughter’s battle with cancer. Four year old Leah Still was diagnosed with stage 4 Neuroblastoma in June; however, he is wants to show the world that his daughter is a fighter and she will not give up! She wanted to show her support by donating $10K and rocking his jersey, which she will have other celebrities sign and auction off; the proceeds will go to the hospital where Leah is being treated.

Furthermore, so many people have joined the cause to fight this ugly disease! Still has received support and donations from his teammates, other NFL players, cheerleaders, and many more. The NFL wanted to show Still that he was not alone in this battle and that his message is being heard! The Bengals have raised more than $1 million from Still’s #75 jersey and the proceeds will be used to raise awareness for pediatric cancer research.

I love seeing when people can come together for a good cause. His daughter’s story is truly an inspirational one! Leah is such a fighter and she has so many rooting for her.