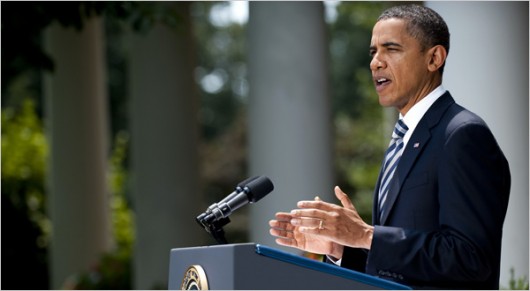 This afternoon, President Obama signed into law the debt compromise bill that was passed by bipartisan majorities in both the House of Representatives and the Senate today. The bill will raise the debt-ceiling until after the next election and will reduce the federal deficit by $2.1 trillion dollars over 10 years. The bill avoids the possibility of the American government defaulting on it’s debt obligations for previously approved legislation and creates a special committee that will recommend deficit reduction in the form of spending cuts and revenue. Both houses will also vote on a balanced budget amendment that needs two-thirds of both houses to pass, plus ratification by three-fourths of the states.

Defaulting on the national debt only became an issue because House Republicans refused to approve increasing the US debt limit, much of the current deficit being created during the Bush years. Obama attempted to put the pressure on the House to no avail by making pleas to the public to call their congressperson.

In layman’s terms, the world hasn’t ended! The congress was able to pull together a last minute effort. Your money still has value and your interest rates are still low. Military and federal government employees will still be paid…and you will receive your SSI and food-stamps this month!